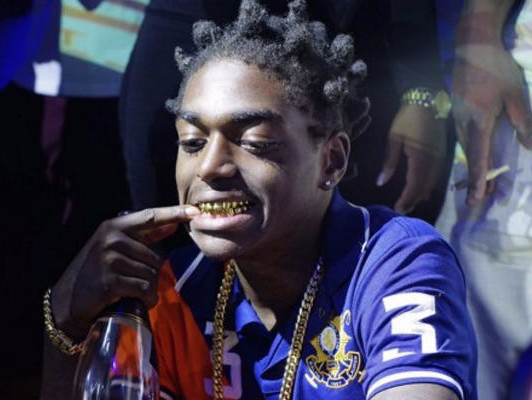 Fort Pierce, FL – As Kodak Black spends his days behind bars at St. Lucie County Jail, he’s had plenty of time to write fresh verses and reflect on his current position in both the legal system and within the rap game.

New Era Promotions uploaded a recent freestyle of Kodak spitting over the phone from jail to Twitter, evidence that the Project Baby has been keeping busy and prepping for whatever musical outburst that may happen once he’s released from jail.

“I’ve been through a lot in my past / I’m tryna’ stay level-headed / I gotta stop moving so fast / I don’t know where I’m headed,” the Atlantic Records signee can be heard rapping in a clip of him rhyming from jail.

The 19-year-old is scheduled to be released from St. Lucie County on November 30 once he completes his 120-day sentence. Following his release, he is expected to handle his sexual assault charge stemming from an incident out of South Carolina.