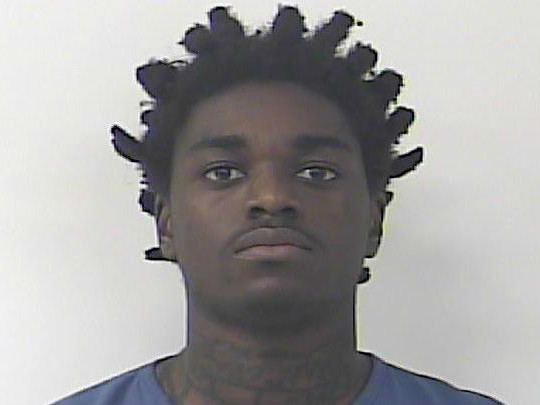 St. Lucie, FL – Kodak Black was sentenced today (September 19) in one of his cases after pleading no contest to two misdemeanor drug charges, the Sun-Sentinel reports.

The 19-year-old rapper, born Dieuson Octave, was given a 120-day sentence in St. Lucie County, Florida. The time will be shortened to account for time already served in jail. He also received the penalties of a one-year driver’s license suspension and court costs of $298.

Kodak also faces a sexual battery charge in South Carolina. It is unknown if and when he would be sent to the state to face the felony, which carries a sentence of up to 30 years. He has already been transferred from Broward County to St. Lucie.

The Atlantic Records signee was taken into custody back in May when authorities found open warrants for the rapper. This was a month after he was arrested for leading police on a chase when they approached his car after witnessing him purchase marijuana.

It was announced that Kodak was going to be released from jail in August, but when he was being processed, the additional cases, including the St. Lucie one and the sexual battery case, were discovered and he remained behind bars.

One of HipHopDX’s “Top Artists To Watch For In 2016,” Kodak Black released his Lil B.I.G. Pac mixtape in June on his birthday. He was featured on DJ Khaled’s Major Key album and is reportedly working on a solo LP due out this winter.