Canadian Marijuana Shares Are Soaring Thanks To Snoop Dogg 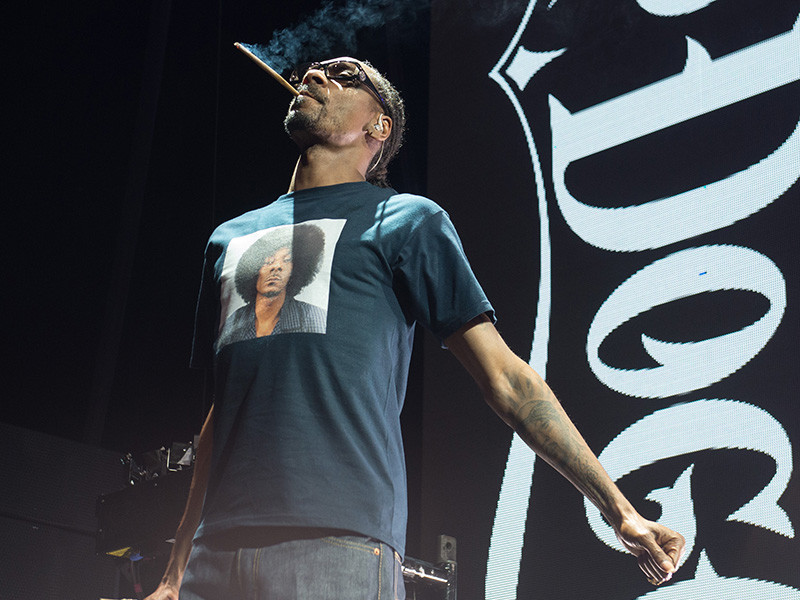 Has any man in the world done more for the popularity of marijuana than Snoop Dogg? He’s spent his career rapping about the stuff, and now his business moves have seen the shares of Canadian cannabis-growing companies soar.

Canopy Growth Corp. is as high as its own customers after announcing several products they’ll be selling in partnership with Snoop, through their subsidiary company Tweed Inc.

The Ontario company saw its stock rise wildly as a direct result of Snoop’s involvement, jumping as much as 17 percent at one point, according to The Globe & Mail.

Speaking in a press release from the company, Snoop explained, “What started for me in the 90s in Cali now has a home in places like Colorado, where real progress is being made.”

“Leafs By Snoop is an expression of my experience with that culture over decades on the scene,” he added.

Mark Zekulin, president of Tweed Inc., also gave a serious shoutout to Snoop for his blessing: “Snoop is much more than an artist, entertainer and entrepreneur. He’s also one of the most trusted voices in cannabis the world over. We’re welcoming a cannabis culture icon into the Canadian industry.”

The products that will soon be hitting the shelves, Leafs By Snoop, are three strains of marijuana that will hit the Canadian market by the end of October, according to CBC. Connoisseurs will be able to indulge themselves in “sunset, ocean view and palm tree CBD”, all of which come with the Snoop Dogg spark of approval.

Snoop also retweeted this trailer for Leafs By Snoop from Tweed Inc.

Canada’s marijuana laws are currently ambiguous. It is currently legal to possess, consume or grow marijuana for medicinal purposes, but Prime Minister Justin Trudeau signed a legalization pledge prior to his election last year, something he may soon have to act on if Canopy Growth continues to grow the economy as well as they grow cannabis.