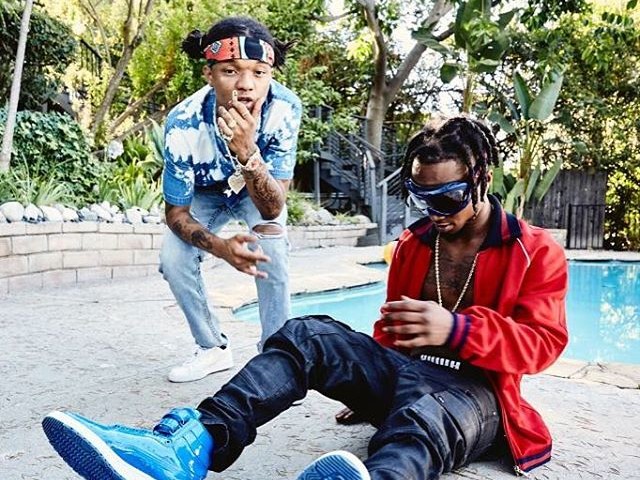 On Thursday’s (September 29) episode of ESPN’s Highly Questionable, Rae Sremmurd revealed why their mom kicked them out of the crib back in 2012.

Skipping school and coming in at all hours of the night helped contribute to them being thrown out by a mother who wasn’t having it.

“I think most of the time it was ’cause we came in late and we had school the next morning,” Swae Lee says. “We came in late we’d just be loud making songs, making beats on Fruity Loops. We had a lot of energy.”

The duo, hailing from Tupelo, Mississippi got their start as Dem Outta St8 Boyz, making beats in their mama’s basement before linking with Mike WiLL Made-It in 2014 as Rae Sremmurd.

“We was grown,” Slim Jxmmi adds. “We had to go pursue our dreams. We had a choice. We didn’t want to be staying under the same roof when we knew we had to go chase whatever we wanted. We weren’t waiting for it to be handed to us so we really got out there and got it. We took a lot of risks. We just did what we had to do.”

Those risks have been proven to be worth it as they’ve landed writing credits on Beyonce’s Lemonade album for “Formation” as well as releasing two successful projects, SremmLife and SremmLife 2.

SremmLife 2 was released this summer and made its debut on the Billboard 200 charts at #7.