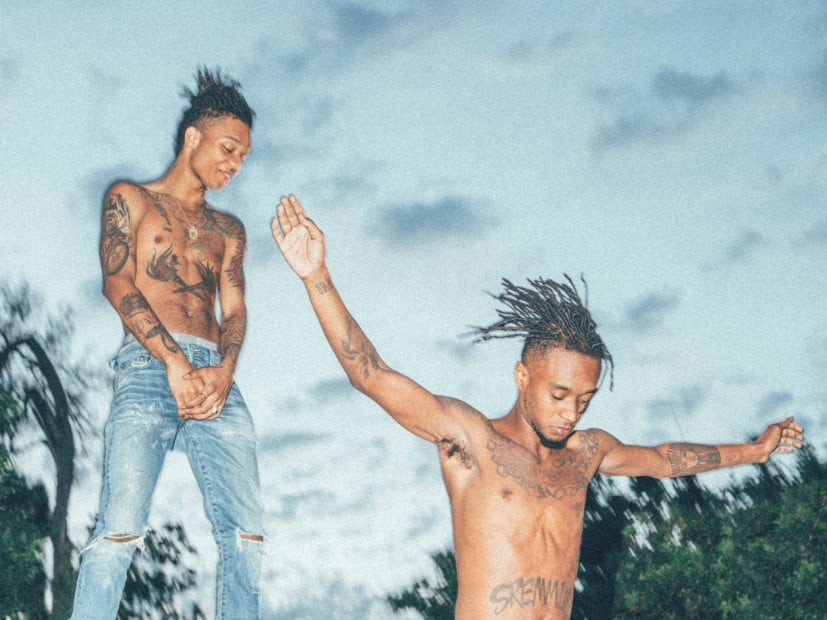 It doesn’t take a genius to pen a chorus like that in “No Flex Zone,” but since the release of their 2014 smash hit, Rae Sremmurd has skyrocketed through the music industry, so much so that Hot97 radio personality Ebro called out the group for allegedly using a ghostwriter.

“It’s such a false statement,” Swae Lee says. “Where’d it come from? You pulled it out your ass. If you want to know who wrote my shit, go to my album credits.”

The 23-year-old was given a writing credit for Beyonce’s “Formation,” which is what started the controversy in the first place.

The duo’s mentor, Mike WiLL Made-It quickly defended his people on Twitter and engaged in a heated debate with Old Man Ebro. Swae Lee and Slim Jxmmi then called out the radio host on a WestwoodTV freestyle.

Slim Jxmmi details the process of how the megaproducer combined forces with the two kids from the South.

“Mike WiLL would listen and wouldn’t say nothing,” he says. “We would be like, ‘Damn, we gotta go harder.’ Then one day he was like, ‘I see the vision, I like it.’ Then he signed us.”

Rae Sremmurd is scheduled to release SremmLife 2 in July. The project is set to feature Lil Jon and Juicy J. The first SremmLife made HipHopDX’s Top 25 albums of 2015 list.

To read the entire cover story, visit The FADER.

View Rae Sremmurd’s cover photo for The FADER, shot by Alexandra Gavillet, below: