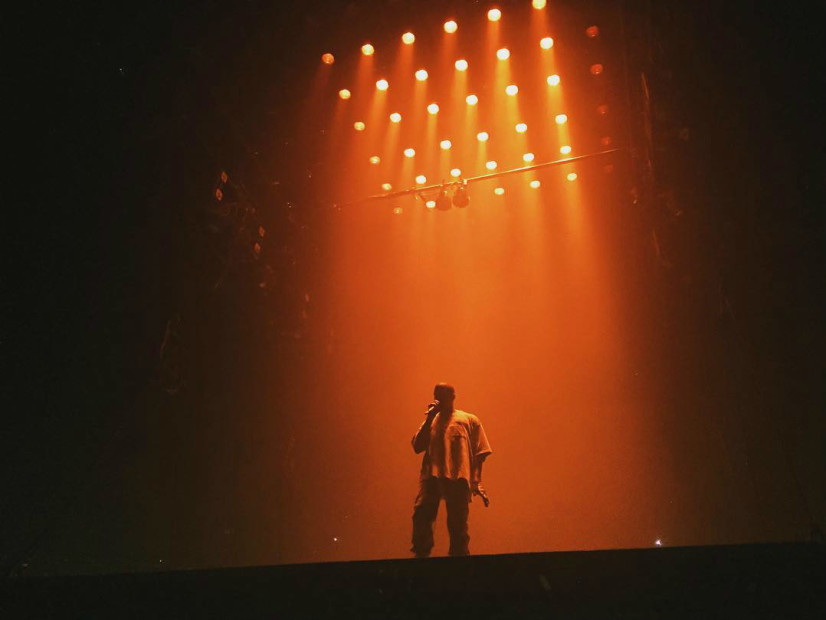 Nashville, TN – Kanye West delivered his controversial lyric about Taylor Swift from The Life of Pablo cut “Famous” in the singer’s hometown of Nashville, to the delight of many in the audience.

He starts performing the song with the line “I feel like me and Taylor might still have sex. Why? I made that bitch famous” when he stops after the lyric to address the adoring crowd.

“So many people told me, ‘You gotta take that line off that song. You gotta play it safe,'” he says. “This is what rap music is. This is what art is. Say how you feel. Well, this is how I feel.”

The crowd erupts in “Fuck Taylor Swift” chants as Yeezy starts the song over.

Swift wasn’t happy when the song first dropped this spring. Kanye claimed he got her permission for the line before he released “Famous,” which she refuted. West’s wife, Kim Kardashian, called bull on the popstar and said there is video footage of ‘Ye’s conversation with her approving the line, which she leaked on her Snapchat.

West’s and Swift’s beef goes back to the 2009 MTV VMAs when the rapper interrupted her speech for Best Female Video, saying Beyonce should have gotten the crown.

Check out the footage of West’s show in Nashville dissing Taylor Swift below.

Kanye West performed 'Famous' 3 times so he could tell Taylor Swift how he feels about that line #SaintPabloTour #Nashville pic.twitter.com/19ULrP8UOV