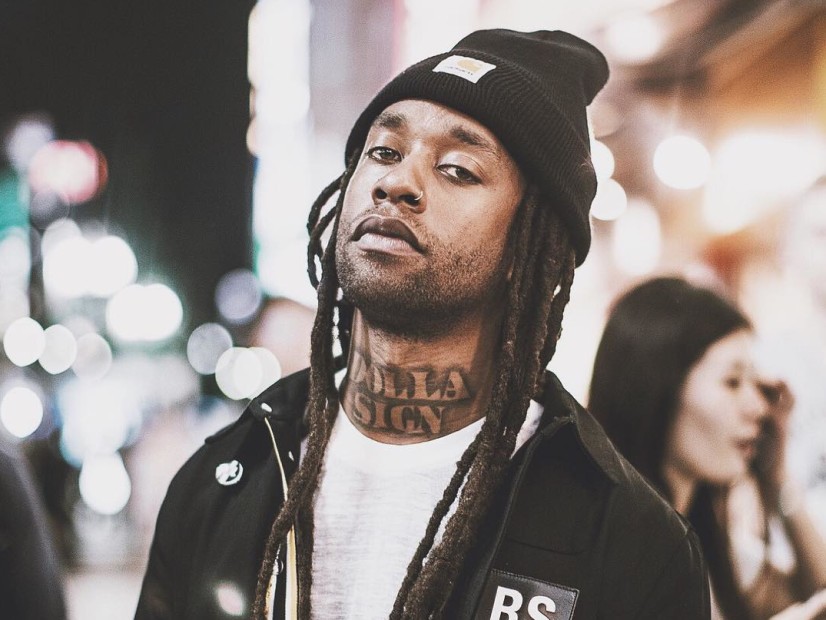 Los Angeles, CA – Ty Dolla $ign is putting together two days of music and politics with two events, one of which includes his First Inaugural “Dolla Day” in Los Angeles in support of his forthcoming album, Campaign.

The “No Justice” musician is holding his Campaign Pop Up Shop this Friday (September 23rd) the day of his album’s release. The pop-up shop will consist of a live mural painting by world-renowned Los Angeles-based artist Robert Vargas, an interactive photo-booth and a live custom t-shirt installation by Mega Merch.

If you’re not able to make the shop on Friday, Ty$’s First Inaugural “Dolla Day” in Los Angeles at the Hollywood Palladium is slated to take place on Sunday (September 25) and provides an opportunity for those fans to enjoy the same activities as the Pop Up Shop with the addition of a few friends joining him on the Respect My Vote! concert stage.

Respect My Vote! is an initiative spearheaded by the Hip Hop Caucus with the purpose to encourage young folks to get out and exercise their right to vote.

“By partnering with Respect My Vote! for his first inaugural ‘Dolla Day’, Ty Dolla $ign is encouraging his fans to vote and be advocates for justice and equality,” said Rev. Lennox Yearwood Jr., President and CEO of Hip Hop Caucus. “Together we are using our culture to increase civic participation, which is such a powerful method because Ty and his friends who will be joining him during the concert are some of the most influential voices among young voters in California and across the country.”

The show will be streamed exclusively on TIDAL and will be in conjunction with the #SchoolsNotPrisons campaign.

Ty Dolla’s big brother, TC, whose story of wrongful imprisonment was the inspiration behind his debut album Free TC, makes an appearance on Ty$’s single “No Justice,” off Campaign. The Honorable Minister Louis Farrakhan is also expected to appear on Campaign doing spoken word.

In an exclusive interview with HipHopDX, he tells us how his trip to the DNC encouraged him to keep using his platform to raise awareness for social injustice.

“It’s more than just a turnt up song for the club,” he said in August. “The whole project is a message. I got The Honorable Minister Louis Farrakhan doing some spoken word. I got YG, Vic Mensa and big features. You’ve already heard the ‘Campaign’ single with Future. I got my brother Meek Mill who made a banger. Don’t sleep on my nigga Meek Mill. That man has always been incredible. We got Trey Songz and Wiz Khalifa.”