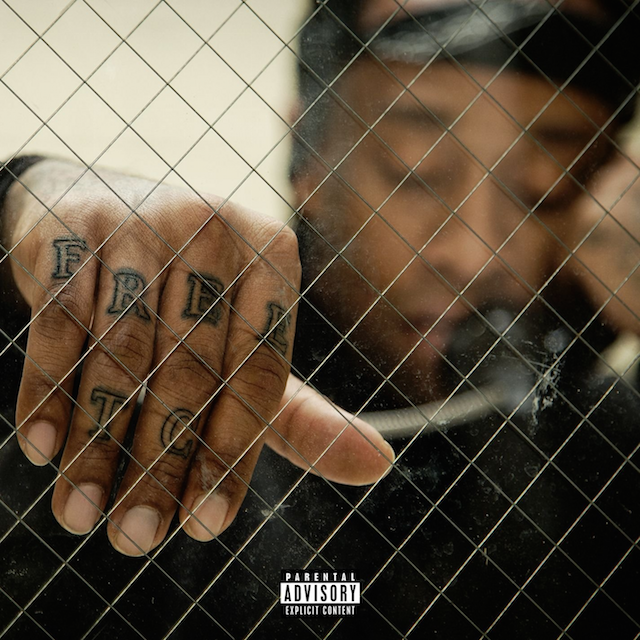 Ty Dolla $ign has made a name for himself at the crest of this new wave marriage of R&B and Hip Hop. Ongoing collaborations with west coast artists such as DJ Mustard and YG have left Ty with a pretty solid reputation overall. And, for a time, It felt like every track he touched turned into club gold. There was even a point there where you couldn’t go out without hearing copious amounts of “Paranoid” played throughout.

Following a successful Beach House EP, fans waited patiently for Ty’s debut studio album. The highly anticipated Free TC was his chance to show the world who he was beyond the hits. The title itself gave us a preview of the real person as “Free TC” is dedicated to his younger brother who sits in prison for life. Beyond TC, he extends this as a dedication to all those locked up who he feels were wrongfully imprisoned.

Look, the project is feature heavy. But it provides a swathe of sounds, from the Bay Area’s E-40 on “Saved” (a sort of cousin to 40’s “Captain Save A Hoe”) to a long lost love story with the slobbering Trey Songz on “Know Ya.” In the latter half you can find the hit singles “Only Right” and “Blasé,” but they don’t set the bar for the project as much as they satisfies his hit quota. The rest sizzles with an airy simplicity, a sort of lusty R&B that doesn’t necessarily dive head first into a pool and: drank.

Born and raised in Los Angeles, “LA” is the perfect introduction to the rest of the album. What better way to start the project, then, than to recruit one of modern LA’s greatest: Kendrick Lamar. Both speak on the struggle of simultaneously loving and wanting to escape their south LA roots. The vocals from Brandy and James Fauntleroy wrap the record in a familiar glow.

“Horses In The Stable” sees Ty dip into lament without being too mopey. It’s become difficult to root for the sad-boy who has everything, and, luckily, Ty doesn’t let it get all the way to pseudo displeasure before bringing it back down to earth. That’s what makes this project more traditionally R&B than say the bonfire of the vanities tunes of The Weeknd, or the pure animalism of Miguel. It retains an aspect of reality, without succumbing to the over analyzing of emotional tit for tats.

The sample from Jagged Edge’s “Let’s Get Married” in “Straight Up” could serve as a reminder of how R&B music has gone downhill since the 90s, but in Ty’s hands it feels comfortable if not a bit off-putting.

And, while the public ear has gotten accustomed to explicit sexuality in lyrics, Ty plays with both sides of the spectrum here. He doesn’t go as far as R. Kelly’s late year new millennia masterpiece TP-2.com, but he’s explicit when he needs to be. Here’s the thing, though, Ty is often drowned out by his many co-conspirators. Sometimes, in a Scottie Pippen sort of way, he allows his features to dictate the direction of the music. This happens most prominently when the bigger guns come out. Kanye West and Diddy’s “Guard Down” comes to mind here. But, and let us say this, the song will be a campfire hit in the vein of Rihanna’s “Four Five Seconds.”

So, all in all, Ty delivers a light, layered debut, with more depth than we thought could be drawn out of the trap&B sound he helped usher into the mainstream. Carefully tied together with a bow of radio hits and the voicemails he shares with his brother, TC.