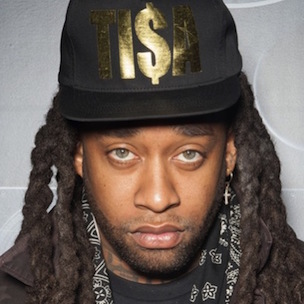 Ty Dolla $ign stopped by Home Grown Radio recently to break down the meaning behind the title of his debut album, Free TC, which is scheduled for a November 13 release.

“For those of you that don’t know, the reason I named my album Free TC is because my lil’ brother is named TC,” Ty Dolla $ign says. “He’s locked up for something that he didn’t do and what I’m trying to do is just raise awareness for the whole mass incarceration thing going on in our country, especially with our people; the whole social-racial-injustice thing that’s also going on. We’re changing the world with this album, it’s more than just dope music.”

Elsewhere in the conversation, Ty Dolla $ign spoke on this month’s Million Man March, of which he attended.

“Yeah, I was there, man,” he says. “I was onstage [laughs], it was crazy. It was real. First of all, I met with [Minister Louis] Farrakhan a couple of months before [the Million Man March] and he told me that he wanted me to come down. I remember watching it as a kid, the first Million Man March, and I always knew [that] if I got a chance to go to one, I would go to one. I flew all the homies out there and Farrakhan put us right there on the stage with him, right front row and we learned something, we learned a lot. I advice if they ever get a chance to do something else like that, y’all go too.”

Ty Dolla $ign’s interview with Home Grown Radio can be viewed below: