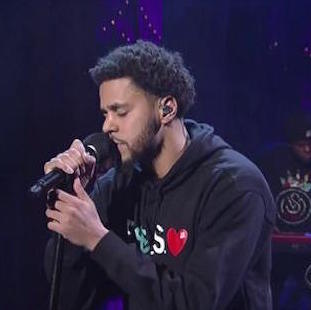 The Justice Or Else march is today (October 10) in Washington, D.C. The event marks the twentieth anniversary of the Million Man March, led by Minister Louis Farrakhan in 1995.

According to various social media posts, J. Cole was in attendance. DJ Akademiks posted a picture of the North Carolina emcee in a Dreamville sweatshirt among the crowd.

“J Cole really in the field,” he writes for the caption of a video of the rapper, who also visited the site of Michael Brown’s death in Ferguson, Missouri after the teenager was shot and killed by a police officer.

Howard University’s The Hilltop caught footage of marchers chanting Kendrick Lamar’s “Alright.” The song was also chanted in July when a crowd in Cleveland was pepper-sprayed while trying to prevent police from arresting a teenage boy. Ric Wilson, a Chicago rapper who was on the scene, called the song “the modern-day 2015 chant ‘We Shall Overcome.’”

Watch the live stream for Justice Or Else here.