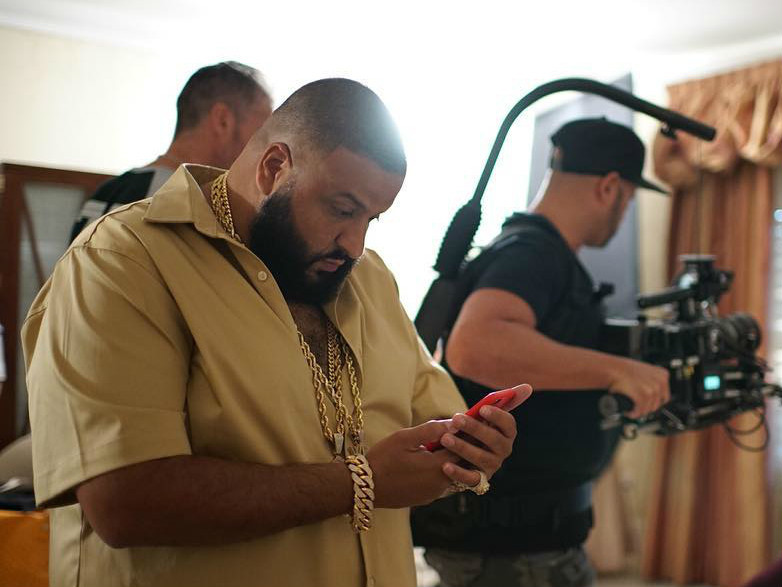 The Pittsburgh Steelers got their first win of the 2016 NFL season yesterday in a 38-16 victory over the Washington Redskins and probably have DJ Khaled to thank. Wide receiver Antonio Brown, who led the night with eight catches for 126 yards and two touchdowns, credits the Miami artist with inspiring him through his Snapchat and words of wisdom since before his pro days.

“I’ve known him since about 2009 through a mutual friend,” Brown said before the game to ESPN. “He’s always been an encouraging, motivational friend and someone I could count on for inspiration.”

DJ Khaled feels a similar admiration for Brown, who he thinks should have been drafted much higher than the sixth round in 2010.

“Just because they don’t pick you, and that door is closed, that doesn’t mean you can’t be the greatest ever,” the Major Key musician says.

Brown has taken the Snapchat King’s motivational spirit to his own posts. He says that watching Khaled’s success on the social media platform has encouraged him to be more relatable to fans.

DJ Khaled sees his friend’s own path to Snapchat success, including sharing posts about a recent trip to the dentist’s office.

“You can just watch AB score touchdowns all day, but you might not know him,” he says. “Through his social media, he’s letting his fans know who he is, what he eats and what he does with his family.”

Khaled helped Brown coin what is becoming his signature phrase, “Business is boomin’.” He says that he thought of the slogan from his friends who sold sneakers back in the day.

“Put it this way: If I asked, ‘How’s business?’ and you say, boomin’ or amazing, I already know the answer,” he says. “It’s basically glorifying our success. AB has taken it to another level. From his touchdowns, his workouts, his accomplishments, and also the great things that come with that. From the mud to marble floors. To keep the business going, you gotta keep it boomin’.”

The Steelers next game is Sunday (September 18) when they host the Cincinnati Bengals.