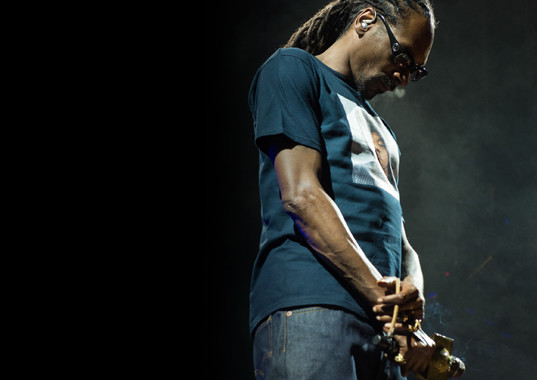 Snoop Dogg sat down with SOHH.com for a CRWN interview where he discusses how Suge Knight and Death Row Records turned his back on him when he tried to make peace with Puff Daddy and The Notorious B.I.G.

Snoop’s attempt to make amends was during a time when the Coolaid rapper just had his son and was on his way to being the father of a second child. It was also a time when the East Coast versus West Coast rivalry was heating up, resulting in the deaths of Biggie and Tupac Shakur. “I’m trying to live, y’all niggas trying to die,” the 44-year-old Long Beach rapper says of Death Row‘s scandalous activities that landed Suge Knight behind bars.

“Just to share this with you and y’all, when he was locked up, it was a pivotal moment where I wanted to go see him and I couldn’t see him because they shut the visiting down,” Snoop says. “But I was able to get on the phone with him and I was like, ‘Cuz, why don’t you let me shake Biggie and Puffy’s hand on TV and end this so we can figure out a way to move forward?'”

According to Snoop, his want to extend an olive branch to Puff and Big was met with a stern “Fuck them bitch ass niggas” from one of Knight’s cohorts.

Snoop also calls out Suge Knight for being a hypocrite when he got on The Source Awards stage in 1995 and made his infamous speech aimed at Puffy: “To all you artists out there, who don’t wanna be on a record label where the executive producer is all up in the videos, all on the records, dancing, then come to Death Row.”

“I don’t mean to talk about him because I love Suge Knight to death to this day for what he did for me and the opportunity that he gave me,” the Doggfather says. “But there is such a thing as hypocritical. You can’t talk about and then become…The same way he talked about all of them people being in videos and all of that, six months later he was in videos doing the same exact thing. He was on the front of magazines. On the front would be me and Tupac. ‘What are you doing? Why are you up here? It’s not enough room for all three of us.'”