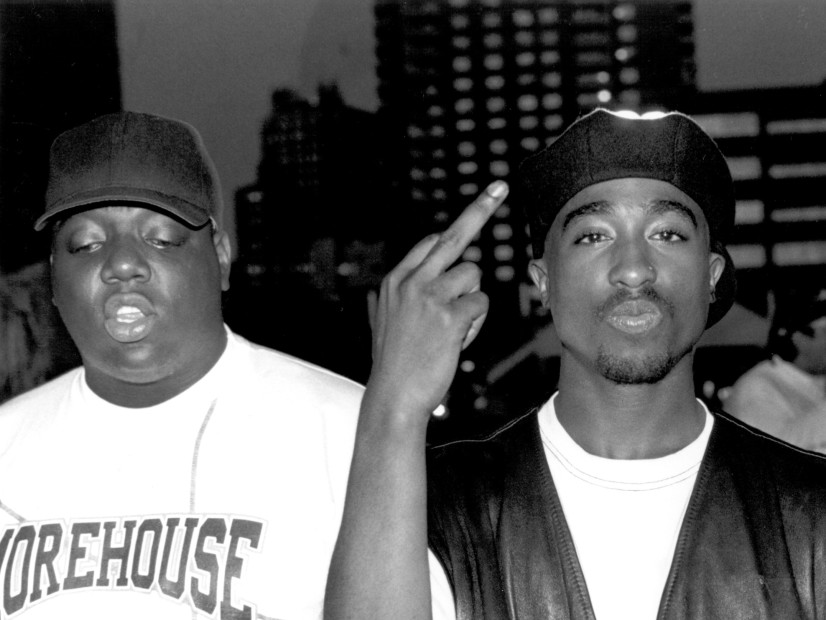 The Notorious B.I.G. Wanted Tupac To Manage Him

Way before “Hit ‘Em Up” ever crossed his mind, Tupac reportedly mentored The Notorious B.I.G. as he was starting his rap career. In an interview with the “Murder Master Music Show,” author Ben Westhoff details the early relationship between the West Coast and East Coast legends and says that Biggie asked Tupac to be his manager. The information was part of his findings in his new book, Original Gangstas: The Untold Story of Dr. Dre, Eazy-E, Ice Cube, Tupac Shakur, and the Birth of West Coast Rap.

“People forget that Tupac was already blowing up, already a pretty big star when Biggie was just kind of getting started,” he says. “Tupac kind of took Biggie under his wing and tried to teach him everything he knew, kind of took him to school. Biggie’s career wasn’t taking off as fast as he hoped it would. And so he actually asked Tupac if he would be his manager, and Tupac said, ‘No I think you should stick with Puffy and he’ll get you where you need to be.'”

And the rest is history, as two albums later, the man born Christopher Wallace became one of Bad Boy Entertainment’s brightest stars. Puff Daddy & The Family honored Biggie this year through its 20th anniversary performance in New York and celebrated what would have been his 44th birthday.

As the rivalry between Tupac and Biggie developed, Westhoff explains how their closeness in the early days intensified the pain of the possibility of betrayal in the Quad Studios shooting where Tupac was hit five times.

“After he got shot, Tupac believed that Biggie knew about it in advance, knew it was going to happen,” he says. “That made him doubly mad because he mentored Biggie so much and helped him, and he really believed that he double-crossed him.”

Westhoff’s Original Gangstas is set for a September 13 release. Pre-order the book here.