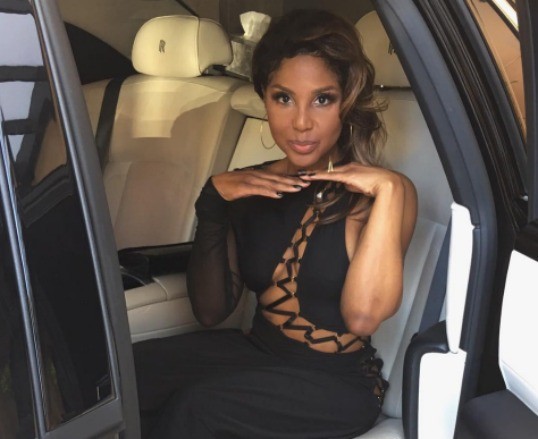 In the clip, Tamar alludes that the car was a gift, but doesn’t name the person who bought the vehicle. “I get some nice gifts Toni Braxton, but I don’t get stuff that’s not out yet,” she said. “C’mon Jesus!”

Speculation has been swirling around the couple’s status for awhile, but it’s unclear if they are anything more than friends. People that aren’t dating, however, usually don’t purchase $250,000 cars “just because.”

While several gossip blogs are reporting that Birdman and Toni’s relationship is in its infancy and beginning to blossom, that may not be the case. Birdman might just be another hopeless romantic chasing the wrong woman.

Lol I could watch this all day ?? Toni "Hiiii" ❤️ #tamarbraxton #tonibraxton

In another Snapchat video (posted above), Tamar asked her fans to find Toni a boyfriend. “Hey Snapchat, I have a special guest today,” she announced. “She’s still single, I need a brother-in-law.”

With those types of mixed signals, Birdman is probably in for the ride of life, hopefully in the Bentley he bought her.