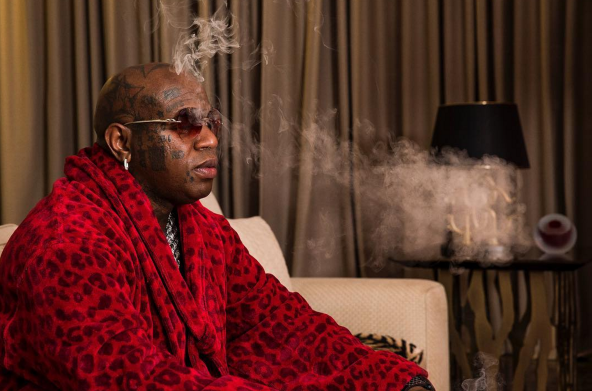 It seems like Birdman can’t catch a break. Four months after his “respek” Breakfast Club video went viral, and he was mocked by both peers and fans, Birdman and his Cash Money imprint are soon to be out of millions of dollars. If they chose to pay, of course.

According to TMZ, Lil Wayne and Cash Money sampled a handful of songs from veteran songwriters. They are now looking for financial compensation for use of those tracks to the tune of $3.3 million.

The songs in question are Lloyd’s duet with Lil Wayne, “I Want You,” and Glasses Malone’s “Certified,” which featured Akon. “You” samples “True” by Spandau Ballet, a popular British rock group from the ‘80s.

“You” peaked at No. 9 on the Billboard Hot 100 chart in 2007, becoming Lil Wayne’s second Top 10 single. It also topped the Hot R&B/Hip-Hop Songs chart during that same year.

Unfortunately for Birdman and affiliates, this isn’t the only legal battle Cash Money is fighting. The label is wading through several lawsuits, including a $51 million suit brought forward by Wayne, who claims Birdman shorted him millions of dollars in royalty payments. He’s also seeking to untangle his Young Money label from Cash Money.

Wayne has also filed a $40 million lawsuit against Cash Money’s parent company, Universal Music Group, alleging the company withheld millions of dollars in royalty payments following the success of Drake, Nicki Minaj, and Tyga. He claims the money was used to pay back debts Birdman accrued with Cash Money. No resolution regarding either lawsuit has been reached.

Check out the latest update in the Lil Wayne/Birdman beef via the DX visual below.