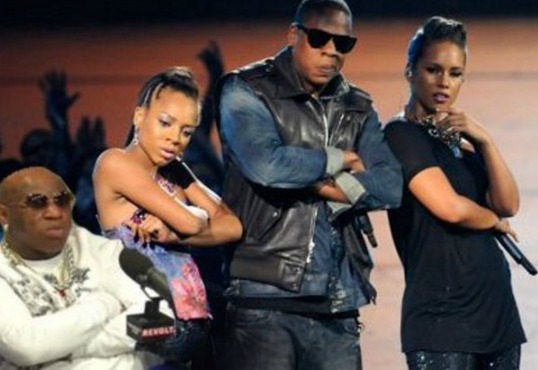 Birdman marched out his Breakfast Club cameo earlier today (April 22) feeling like a G, evidenced from his demeanor as he completely cut off the question portion of the interview in a record-setting two minutes for the show’s history.

The Cash Money boss clearly arrived with a temper, causing himself to gurgle his words, pronouncing respect as “respeck” and forgetting to state the nature of his beef to begin with.

Social media users had a field day and it appears Birdman is going to have to eat this L.

"My name is Birdman and you will respeck my authoritree" pic.twitter.com/QVoBW30M39

Ya'll need to "Put some respek on my name." #RESPECTMYNAME #Birdman #BreakfastClub pic.twitter.com/1P9DbOvt93

Birdman: Put some respeck on my name.. All tree of y'all

Cthegod: You pull up on Ross or Trick Daddy?

The fact that this is already a tshirt ?? "put some RESPEK on my name" #Birdman pic.twitter.com/yGqmq7oTIH

Y'all doing too much. That interview was funny though. "When you say my name, put some respek on it" #Birdman pic.twitter.com/cQsjeFem5W

Needless to say, 50 Cent and Snoop Dogg are his corner. That counts for something, right?