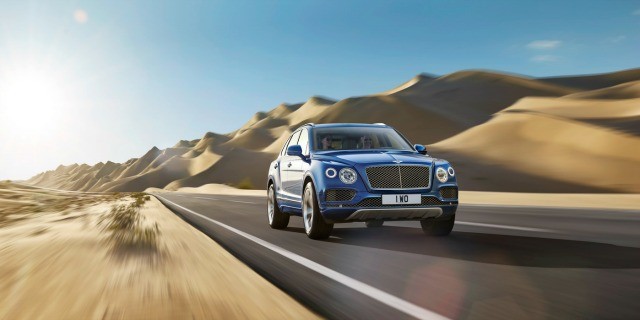 2 Chainz' "When They Gonna Make That Bentley Truck?" Line Has Been Fulfilled By Meek Mill

Rappers have been leading the National Ballers Association in several statistical categories for basically the entire existence of Hip Hop. Even if when the results come off as more prophetic than practical.

While the trio of luxury automakers never got around to fulfilling Black Rob’s wishlist to create that “99 Jag Benz Coupe” he so cleverly rapped on his biggest hit, “Whoa,” 2 Chainz has appeared to be more successful with talking his picture-me-rollin’ dreams into existence.

At the top of the decade with Atlanta’s current trap mayor was shedding his Tity Boi past by shredding every guest appearance thrown his direction, he rubbed shoulders with Jeezy the Snowman for the now 2011 club classic “Super Freak” – a panty-dropping, bottle-popping ode to women who favor fornication over foreplay. As many 2 Chainz verses are known to do, his “Super Freak” spot dove off into the tangential deep end for a hot sec for a humorous anecdote when he revealed his Internet search history was dedicated to out-stunting the competition.

“This bitch I’m with is thick as fuck, I’m rich as fuck/Laying in the bed and I still got my semi-tucked/Going online like, “When they gonna make that Bentley truck???”

Now I’m not going to sit up here and say that the rich Brits over at the Volkswagen Group had lyrics from Tauheed Epps plastered on a dry erase board, complete with equations that contrasted market value with weight of punchlines. Every automaker, even one as prestigious as Bentley, looks to expand their empire, even if it is at a pace that doesn’t allow for the competition to be in the running. But here we are, some five-odd-years later and the Bentley Bentayga is getting a formal introduction thanks to the Hip Hop community yet again.

Last week, TMZ paid Meek Mill a house visit (ya know, at the Beverly Hills pad he and Nicki Minaj are dropping a teacher’s yearly salary per month just to live at?) and checked out his newest toy that was parked in the driveway.

The Dreamchasers’ own Bentayga is even rarer than the 75-member club it was molded in, as Meek reportedly upgraded his whip to the fully-loaded Mulliner Edition, which ran him about $380,000 on the total bill after driving it off the lot.

Skinny nigga in a bent truck! ?

And it bears the title of “The World’s Fastest SUV,” clocking in at a max speed of 175 mph. (Don’t tell Idris Elba; make him watch The Wire instead.)

Naturally, Meek Milly’s stunt sheet has been, well…stunted thanks to a Grammy Award-nominated diss track that kept him licking his wounds for the past year but he can safely boast on record that he was the first rapper to ever own the coveted Bentley truck. To show their appreciation, BM threw in a custom Breitling Bentley edition watch and some limited edition Bentley luggage for potentially a future cool Instagram photo-op. I mean, it’s only money. Burn it how you see fit.

Now who’s going to be first rapper to claim king to that Lamborghini Urus?