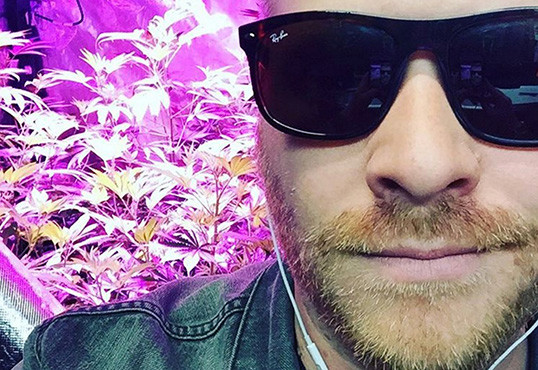 The New York Post is catching heat for its article “exposing” a New York City firefighter as a rapper who goes by the name Ka. The author of the article, Susan Edelman, writes that the Brooklyn lyricist’s songs are “peppered with the N-word, drugs, violence and anti-cop lyrics,” and spoke with members of the NYPD and the FDNY about the content of his raps.

Many in the Hip Hop world already knew about Ka’s alter ego as firefighter Kaseem Ryan. Earl Sweatshirt named his Days With Dr. Yen Lo album as his favorite of 2015. He also was named in HipHopDX’s “10 Rappers We Need To Show More Appreciation” list.

Several came to the Brownsville rapper’s defense, speaking out against the article and characterizing it as shameful, racist and irresponsible journalism.

With love comes hate…can't have one without the other. Be prepared for both.

Chief among the critics of the piece was Run The Jewels rapper El-P, who went in on the publication in a series of tweets.

welp ill never give another interview to the New York post again. after how they did KA I can't imagine any rapper talking to them again.

KA should be celebrated as a New York treasure. an fdny captain who moonlights as a purveyor of vivid, gritty, eloquent music. that's NY.

perhaps if a rapper spends his days saving people from death by fire you should assume his character is strong and maybe even listen to him.

kas music isnt artlessly violent. these are songs of pain and stress written somberly by someone who clearly cares deeply about nyc.

before writing a hit piece its good to ask yourself: "has the man im trying to destroy saved more lives than me?".

or "if my piece leads to his termination from the fdny and people die because we've lost his expertise is that blood on me or rap?".

is it better to write about morality + do nothing tangible for anyone or write about the dark side of the city and save lives for a living?

is it possible that the guy who saves lives for a living may have a deeper meaning to his art than your untrained ears can discern?

if anything the characters ka inhabits and the stories he tells are better and truer journalism than any newspaper would care to engage in.

and the bravery and honor of his profession should be an indicator of the quality of his character not proposed as a conflict.

we dont want good we want the appearance of good.

if your baby is trapped in a burning building you can turn away the "anti -cop" fireman willing to run in. a reporter save it im sure.

if good people are writing about frustration, stress and violence in the city we should listen. we should investigate who we are as a city.

Many others added their voices to the outcry, with the creative director from Adult Swin telling Ka he could make music for the TV network if his job as a firefighter was impacted by the story.

That NY Post hit piece on KA is straight up targeted harassment. Embarrassing, even for a rag like that. Hey Susan Edelman- fuck right off.

That kinda shit can cost ppl their jobs, so beyond just being bad, ignorant journalism, it's straight up immoral.

Hey @BrownsvilleKa if you get fired from the FDNY call me, you can make as much music for Adult Swim as you like. ??

It's trash collaborative MSM news outlet & Police Department/Union hit pieces like the one on KA, that expose the depth of their evil.

Back to the gutter where u belong @nypost, ignorant hate/bigotry has no place in New York City. Keep fighting the good fight @BrownsvilleKa

Re: @BrownsvilleKa, I wonder when white establishment will be content with not tearing down every instance of Black greatness in America

Adding my voice the chorus of disdain for the shockingly overt racism of @NYPost's "story" on @BrownsvilleKa. Call racism what it is.

If you're upset about that New York Post hit piece on Ka, buy his album huh?