Ka Targeted By New York Post For Rapping About Dirty Cops; Being A Firefighter 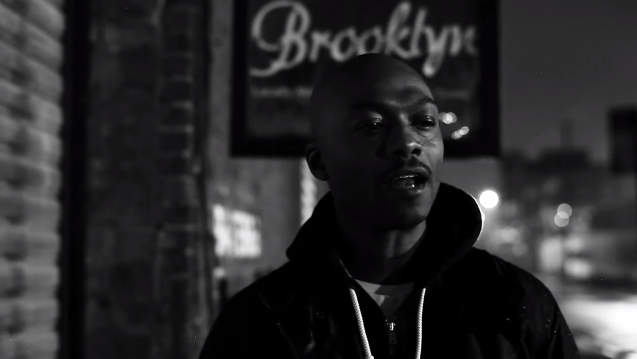 The New York Post probed through the discography of the 44-year-old rapper (born Kaseem Ryan in arguably Brooklyn’s most rugged neighborhood) and dug up old tweets and all the anti-cop lyricism they could find, including the record “Mr. Officer,” a crooked cop chin-check from his 2008 debut, Iron Works, and even put his last year’s salary on blast, which reportedly maxed at $148,558 for his work as the fire captain at Engine Co. 235 in Bedford-Stuyvesant.

Ka took to his Twitter to indirectly respond to the Post’s cover story writing, “With love comes hate…can’t have one without the other. Be prepared for both.”

With love comes hate…can't have one without the other. Be prepared for both.

In their quest to uncover more dirt, the Post got a comment from Ed Mullins, president of the Sergeants Benevolent Association, who somehow felt it was a firefighter’s civil duty to be the beacon of all things just in the neighborhood.

“The biases he portrays through his music are indicative of what he believes or feels,” Mullins, said of Ka, before adding “as a New York City firefighter, he should be trying to bring people together rather than fracture relationships, especially in communities of color.”

While the solidarity between a cop and firefighter have always been somewhat parallel, especially in post-9/11 New York society of all places, it is the law enforcement, not first responders or paramedics, who are looked upon to keep communities in a tranquil state for all its inhabitants. The same dirty cops whose behavior Ka has spent his career chronicling are the same ones who continuously spend their careers toeing the lines of the laws they’ve sworn to protect without any real culpability for inexplicable missteps and in many cases, and who get a slap on the wrist for actions that would be deemed as crimes for everyday citizens.

As for Mullins, he was recently in a position to do a lot more good to mend the “fractured” police-citizen relationship in “communities of color,” but instead, chose to make the country’s most vulnerable occupants the main event of a social media spectacle.

After proverbially spitting on viable solutions to thwart police brutality (like say, making it illegal for an NYPD officer to put a suspect in a chokehold, especially when they’re crying out how they can’t breathe), Mullins held a call to arms for New Yorkers to snap flicks of the city’s homeless and post them on a now debunk Flickr page.

“As you travel about the city of New York, please utilize your smartphones to photograph the homeless lying in our streets, aggressive panhandlers, people urinating in public or engaging in open-air drug activity, and quality-of-life offenses of every type,” Mullins wrote to kick off his SBA “Peek-A-Boo, We See You Too” campaign. “We will refer issues to the proper agencies, and we will help create accountability across the board.” What a leader.

By staying in his own hood, donning a uniform and always staying prepared to risk it all in a burning building for complete strangers, Ka is displaying the type of selfless-service no distractions of saying the n-word or outlining real life experiences about law enforcement can ever erase.

Honor Killed the Samurai is currently available on iTunes. Stream it below via Spotify.