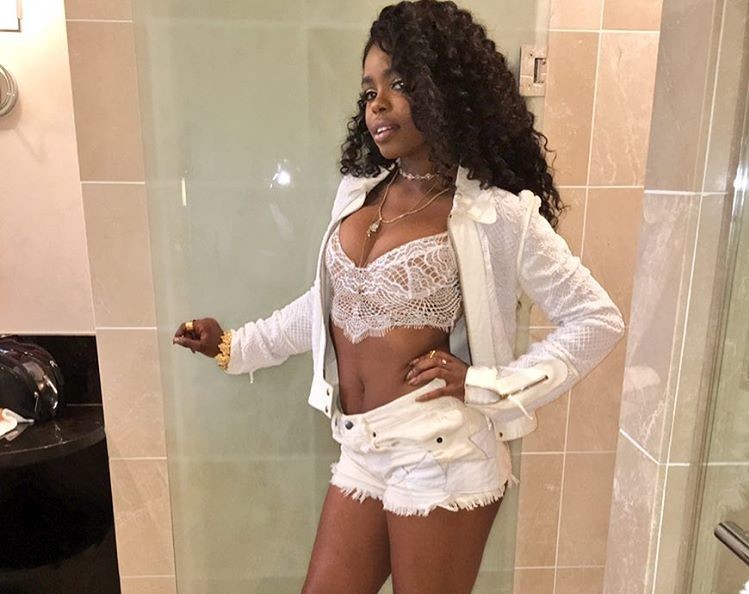 Dreezy On Signing To Interscope Records: "They Saw The Vision"

Chicago rapper Dreezy explains to The Breakfast Club what made her sign to Interscope Records instead of going the independent route Wednesday morning (August 17).

“I tell people the reason why I signed with Interscope is just because I like the way they was talking to me,” the 22-year-old rapper reveals.

Dreezy notes that she appreciated how engaged they actually were into her music and that they took the time to get to know her by flying her back and forth to Los Angeles. The fact that she’d be the only female rapper on their roster worked in both of their favors as well.

“They brought me back for another meeting, then they was just telling me, ‘We heard this. We went back and heard this tape. We want to compete. Are you ready to compete?’ They asked me,” she continues. “I just really felt like they saw the vision. The knew what we could do.”

As for why she chose to sign to a label instead of going the way of the new wave of artists who choose to capitalize off their own built up following by cashing out doing shows and selling merch, she says it takes a team. Something she was missing but found with Interscope.

“I just feel like with a lot of females they expect us to have co-signs and this, that and the third,” she says. “I just really want to do this by myself. I could have signed to other dudes, I had other opportunities on the table of artists that I really rock with hard with too but I was juts thinking in the long run like just wait it out.”

With her Interscope team in tow, she dropped her debut studio album No Hard Feelings in July. The album charted on Billboard’s 200 charts upon its release.

“I wanted to have a bigger support because I knew it would be hard by myself,” she continues. “I came in with no manager. I came in with no, nothing. No money, no nothing.”