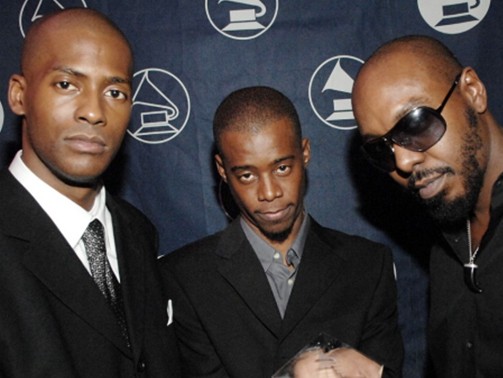 Austin, TX – Organized Noize’s documentary, The Art Of Organized Noize, made its debut at SXSW Film Festival in Austin, Texas this weekend and Organized Noize producer Rico Wade details why he, Ray Murray and Sleepy Brown walked away from $17 million of their production deal with Interscope Records.

Scheduled to make its debut on Netflix Tuesday (March 22), the Flava Unit-produced film shares the history of how the Dungeon Family producing trio came together at the bottom of Rico Wade’s mother’s basement, nicknamed The Dungeon.

Organized Noize is responsible for curating the sound of Grammy Award-winning group OutKast and also for giving TLC its biggest hit to date, “Waterfalls.”

“It’s the only time in history that a Hip Hop act won a Grammy for Album of the Year,” L.A. Reid says in the documentary. “A Diamond album mind you is a direct result of Organized Noize.”

Originally signed to La Face Records, Interscope CEO Jimmy Iovine took interest and signed the trio with hopes of them creating more hit songs like “Waterfalls.” Iovine and Wade rarely saw eye-to-eye, causing the group to walk away from $17 million dollars after not being able to deliver.

“The Interscope deal was a $20 million dollar deal,” Rico Wade says in the film.

The group received about $2 million dollars of the deal according to Wade.

Rico names creative differences between himself and Sleepy Brown, as well as Ray Murray‘s dissatisfaction, as reasons for the decline of the Atlanta producers’ stardom.

OutKast’s decision to self-produce and leave Organzied Noize off their Grammy-winning album Speakerboxxx/The Love Below also had an affect on the production team.

“Them niggas actually said out they mouth they wanted to do this album by they selves,” Rico says in the film. “That was arrogant as shit. I gave you an opportunity.”

However, OutKast’s 2014 reunion tour has caused some renewed interest in Organized Noize, as the sound they created is making its way back to the forefront.

“This is our second coming,” Sleepy Brown says in the documentary. “We better take full advantage of this one.”

Organized Noize has recently worked with J. Cole and Dom Kennedy, and more recently Big Boi on his upcoming project. They are also credited for the development of Future’s career.

“I will protest if they are not in the Rock and Roll Hall of Fame,” says Puffy who directed Andre 3000 and Big Boi‘s first music video, “Player’s Ball.”

The Art of Organized Noize trailer is as follows: