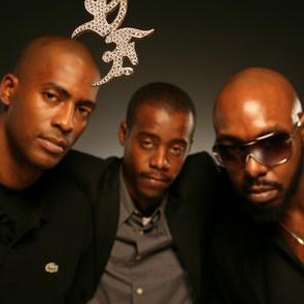 OutKast, Puff Daddy, Big Gipp, Ludacris, and a who’s who of talent appear in The Art Of Organized Noize trailer.

With The Art Of Organized Noize documentary scheduled to make its debut at South By Southwest next month, a trailer for the film has been released.

In the trailer, a variety of musicians and those in the music industry offer their thoughts on Organized Noize, an Atlanta, Georgia-based production trio.

“They raised us. We were like 16, 17-years-old,” OutKast lyricist Big Boi says in the video.

“I have nothing, but my undying loyalty, love, and respect,” Cee-Lo Green adds.

Comprised of Rico Wade, Ray Murray, and Sleepy Brown, Organized Noize is responsible for crafting a number of hits including TLC’s “Waterfalls,” OutKast’s “So Fresh, So Clean,” and Ludacris’ “Saturday (Oooh! Ooooh!).”

Following its debut at South By Southwest, The Art Of Organized Noize is slated to premiere on Netflix.

The trailer for The Art Of Organized Noize, can be found below.