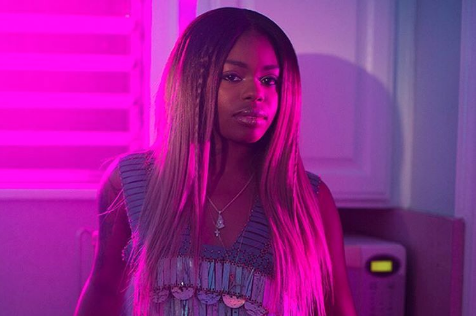 Dreezy Has "No Hard Feelings" On Debut Album

The Chicago rapper’s project is made up of 19-tracks and includes the single “Body” featuring Jeremih. “Spazz” is produced by TM88. Dreezy, also enlists Gucci Mane, Wale and T-Pain for her first LP, which is backed by Interscope.

Stream Dreezy’s No Hard Feelings via Apple Music below:

Chicago’s storied history of rappers banking their big dreams on a first impression will continue on July 15 with the release No Hard Feelings, the long-brewing full-length debut from Dreezy. Backed by Interscope Records, No Hard Feelings will available only in the U.S. and exclusively via Apple Music for one week before becoming moving on to other streaming sites.

Fans who have been keeping tabs on the project thus far can anticipate sultry subject matter mixed in between trap and blues hybrid production.

The playful first single, “Body” (featuring fellow Chicago crooner Jeremih) has already caught more than 10 million views and taking advantage of the Gucci Mane hype train has her positioned to equal the success with the “We Gon Ride” record.

Those who pre-order No Hard Feelings on iTunes will instantly get both aforementioned tracks as well as the T-Pain featured, Terrace Martin & Rance of 1500 or Nothin’ produced “Close To You.” The song was recently world premiered earlier this week on Zane Lowe’s Apple Music Beats 1 radio show hence, the relationship that has led to the album’s exclusive stream.

Check out Dreezy’s No Hard Feelings cover art and tracklist down below and bookmark your calendars for July 15.