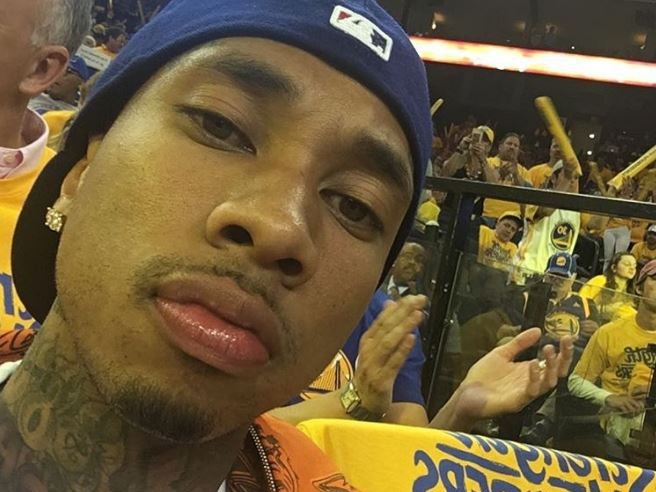 It appears that Tyga dodged a legal bullet just to face another one.

Just days after it was reported that the Compton rapper reached a settlement with a past landlord, another man is looking to receive what Tyga owes him and now he’s recruited legal representation.

TMZ reports that this latest legal debacle comes from Jason Arasheben, a well-known celebrity jeweler based in Beverly Hills.

Arasheben has even hired Danny Abir and Boris Treyzon, the same lawyers Tyga’s old landlord used, to help in getting him the $200,000 he’s reportedly owed by the West Coast wordsmith.

The $200,000 owed stems from two pieces, a diamond watch and Cuban link chain, that Tyga received in 2013 and allegedly didn’t dish out any cash for. According to a tweet the rapper sent in 2013, the pieces from Arasheben were gifted to him.

In 2014, a judge ruled that Tyga had to pay more than $200,000 to Arasheben for the items, but the debt apparently remains unpaid.

The jeweler has attempted to collect the debt on his own, but is now taking this new route, likely due to the success of Tyga’s former landlord.

Earlier this month, an arrest warrant was recalled after an unknown settlement was reached between Tyga and his ex-landlord, Gholamreza Rezai.