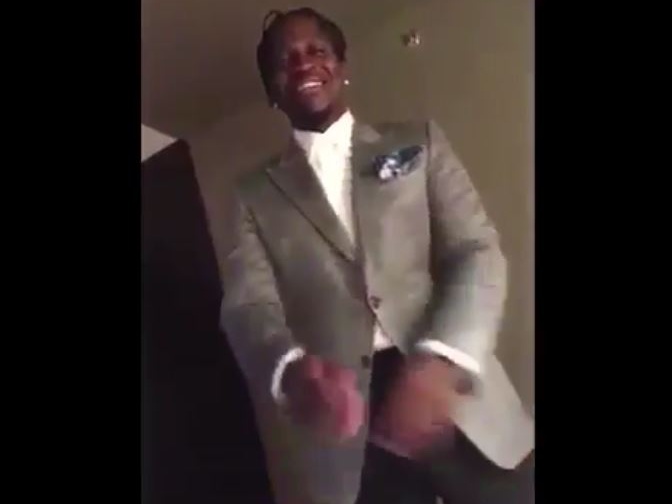 Rapper Pusha T appeared to be in a drunken state of bliss in several Snapchats recorded after he attended a birthday party held for President Barack Obama, last week.

The joyous aftermath was captured in a series of Snapchat videos uploaded to Pusha’s profile and later posted to Twitter by user, @HitsOnHits.

“Couple of things,” Pusha T says in the video. “Who would have ever thought, man, I would be at the president’s birthday party? With highwaters on and Gucci loafers with no socks. In the White House. I took my shoes off. Me! Shout out my man Brennan. International Brennan. For nipping and tucking this Tom Ford shit.”

The rapper ends his series of Snapchat videos by loudly declaring “Y’all can’t fuck with me,” before erupting into shrill laughter and collapsing onto his bed.

President Obama’s birthday party took place on August 5 at the White House. The star-studded affair was reportedly attended by the likes of Beyonce, Jay Z, Kendrick Lamar, and John Legend.