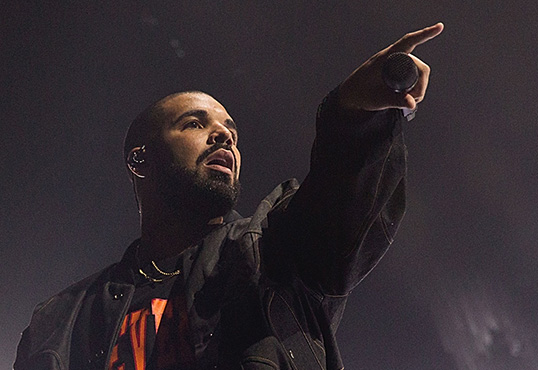 Austin, TX – Drake kicked off his “Summer Sixteen” tour in Austin, Texas Wednesday night (July 20) with a dash of controversy.

The original line from the track was largely perceived as a sly shot at Tory Lanez, whose mixtape The New Toronto dropped last December. Last night’s revised lyric also applies to the rapper/singer seeing that he released a remix of Drake’s “Controlla” earlier this month.

The two Torontonians have taken several little jabs at one another in the past couple of years, though Lanez has previously characterized any back and forth with one of the world’s biggest stars as being beneficial to his brand.

In an interview on Hot 97 in June, Lanez said he’s coming for Drake, but not for any personal reasons. “I’m here to compete. I’m here to be No. 1. I’m here to be the greatest. Anybody that’s standing in the way, whether it’s him or anybody, it’s gotta go the way it’s gotta go. I’m not gonna stop until I get that.” He also added, “It’s just one of those situations where the only thing that’s ever gonna lie in between us is that we can’t share first place, and I’m the only guy that’s bold enough to come and really take that right now.”

Lanez will be vying for the #1 spot when his debut I Told You album comes out August 19. Drake’s VIEWS is currently in the top position of the Billboard 200 album chart for the tenth week.

There’s also been some speculation that Drake could be referencing Tyga’s “1 Of 1” single, which has a breezy dancehall-influenced sound similar to the Drake hit.

The vague shot could also (technically) apply to Kendrick Lamar, who shared a clip of himself singing along to the track while out for a drive in May, or Young Thug, who remixed the track for “No Wendy’s.”

Check out some more clips and photos from the concert below.