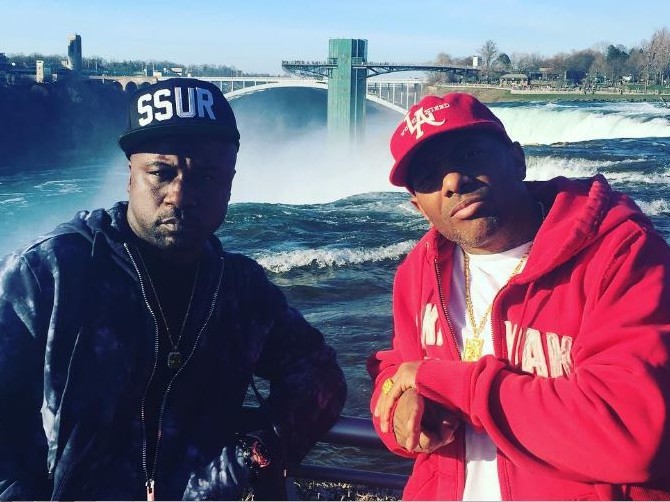 Havoc On Tupac Diss: "I Was Happy About It"

While speaking with Jack Thriller of This Is 50, Queens musician Havoc was asked about Mobb Deep being called out by Tupac in a handful of diss records. The Mobb Deep rapper didn’t speak on a specific record, although “Hit Em Up” arguably serves as one of the most notorious.

In regards to the diss records, Havoc revealed that he was elated following the release of the diss, given the amount of publicity it would likely give the group.

“I was happy about it,” Havoc said. “I was like ‘Yo, the nigga saying our names.’ I didn’t know what the fuck the beef was about. I didn’t even care. I didn’t have no idea what it was about. I was like ‘Damn, did you hear that? Tupac dissing us.’ I was like ‘Damn, we about to sell some records. We about to sell some serious records.’ I didn’t know what it was about. And we never got a chance to cross paths with him because he passed away. I saw him one time from a long distance, but I never met him. Didn’t even know him. I never knew him. I was a fan, but didn’t know him.”

Havoc later spoke on his time spent with Biggie, who he referred to as a “smooth, cool dude,” and also recalled a concert with Biggie being shut down because of a rowdy crowd.

“I produced for him on his first album. ‘Last Day’ featuring The Lox,” he said. “And we toured with Big, with his album…We toured a couple of places and the crowds used to get crazy. So, I remember one of those nights. When mothafuckas was throwing up gang signs. And Big and them had to go on and shit. And shit just got so crazy that the whole club got shut down…But we all got out of there safe.”

Video of Havoc speaking on being “happy” after being dissed by Tupac, can be found below.