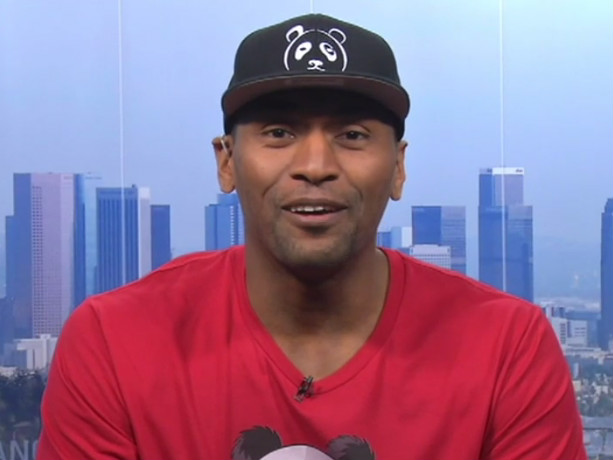 Metta World Peace grew up in Queensbridge, New York, the same projects that gave birth to Nas and Mobb Deep. The basketball legend, born Ron Artest, discusses his childhood in an appearance on ESPN’s Highly Questionable yesterday (May 18) and is asked to share his scariest moment from the hood.

“One day I was at my cousin’s house and Mobb Deep, the Rap group, they used to live next door, same floor,” he says. “So my cousin, they was cutting up the crack and everything, police start knocking on the door. I was about to flush the drugs down the toilet. My cousin was like, ‘Yo, don’t flush the drugs. That’s a lot of money. It was a lot of money.’ I was like, ‘Yo, we gotta throw the drugs away or throw it out the window.’ So that was scary because my cousin was trying to save the drugs. Hopefully the police leave and I’m just trying to not get arrested. I was about 13 years old at the time. But the police left. Gratefully they left. It was a tough situation.”

It was at that age that Metta World Peace first learned to cook crack. He says that at first, it seemed normal, but as he saw the consequences people around him faced, he knew he didn’t want to get caught up in the street life.

“I was never like rebellious, but I was always interested in different things,” he says. “I learned how to cook crack at the age of 13. So that was something I’m not proud of obviously, but it was just something that was introduced to me at an early age. I got away from that.”

Artest has spent 16 seasons in the NBA after he attended St. John’s University, the same school that J. Cole graduated from. Metta World Peace says that he wasn’t always the star student, but learned from his surroundings how to make it out of the hood.

“One of my friends was an A student,” he says. “He was a better student than me. He only got A’s, but he chose to stay in the street, so he chose to sell dope and then later he was murdered. But I was like, he shoulda got a scholarship to college for education. There’s different things that I was exposed to that I’m grateful that I had people in my corner. I had a great support system that always gave me good advice and always told me stay in the books, stay into basketball and don’t stay in the streets.”

Watch Metta World Peace’s interview explaining his childhood growing up in Queensbridge with Mobb Deep below:

.@Mettaworldpeace opens up about learning to cook crack at 13, drinking Hennessey at halftime, and finding peacehttps://t.co/FQWoYjZdLU