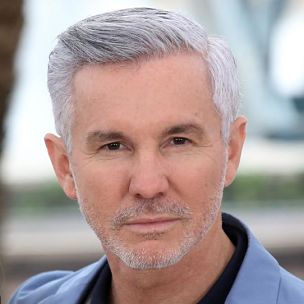 Nas Working On Netflix's Hip Hop Drama “The Get Down”

Nas has been “a huge creative force” on The Get Down director and screenwriter Baz Luhrmann says, according to Complex.

The Queens, New York rapper has also served as a co-producer on the Tyson documentary in 2008 and as an executive producer on the Shake The Dust doc in 2014.

Jaden Smith is among those reportedly appearing in The Get Down, which is set to debut August 12, according to its IMDB page.

(The original post in this thread was published February 9, 2015. It is as follows.)

Continuing on from the success of Fox’s Empire and Starz’ 50 Cent-produced show Power, streaming service Netflix has ordered it’s own 13-episode Hip Hop drama series titled The Get Down, according to The Hollywood Reporter.

The show — set to premiere in 2016 — comes from famed director and screenwriter Baz Luhrmann, who is scheduled to steer the wheel on the first two episodes as well as the series finale. In addition, Luhrmann is slated to executive produce the show alongside Shawn Ryan.

“The Get Down will focus on 1970s New York — broken down and beaten up, violent, cash strapped — dying,” The Hollywood Reporter says. “Consigned to rubble, a rag-tag crew of South Bronx teenagers are nothings and nobodies with no one to shelter them — except each other, armed only with verbal games, improvised dance steps, some magic markers and spray cans. From Bronx tenements, to the SoHo art scene; from CBGBs to Studio 54 and even the glass towers of the just-built World Trade Center, The Get Down is a mythic saga of how New York at the brink of bankruptcy gave birth to hip-hop, punk and disco — told through the lives and music of the South Bronx kids who changed the city, and the world … forever.”

Speaking on the project, which acts as his debut television series and first musical venture since 2001’s Moulin Rouge!, Baz Luhrmann says The Get Down is something he has been envisioning for over a decade.

“The Get Down [is] a project I have been contemplating and working on now for over 10 years,” Luhrmann says. “Throughout, I’ve been obsessed with the idea of how a city in its lowest moment, forgotten and half-destroyed, could give birth to such creativity and originality in music, art and culture. I’m thrilled to be working with my partners at Sony and collaborating with a team of extraordinary writers and musicians, many of whom grew up with and lived the story we’ve set out to tell.”

The trailer for The Get Down can be seen below: