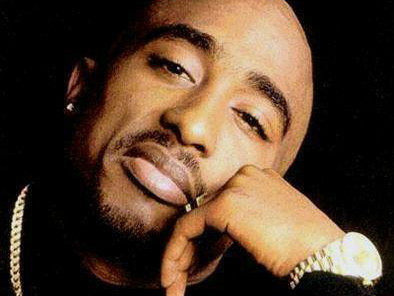 Tupac Love Letter Up For Sale

Tupac was widely considered a charmer as he rose to stardom through the 1990s, but it is evident that he started his wooing ways prior to any hit record.

A Tupac love letter, dated November 22, 1988, is now up for sale for $35,000 at Moments In Time. The note is handwritten and was given to a girl nicknamed “Beethoven.” She says he called her that because she played piano. They were in high school drama class together.

The rapper comments on their mutual interest in Prince and candles. Tupac uses pictures such as an eye to represent “I” and a drawn phone and broken heart.

“[I] felt compelled 2 write u,” the West Coast legend writes. “[I] can’t really explain it, but I really feel good vibes from u.”

He offers the girl a shoulder to cry on and says that he thinks they will become good friends.

“[I] have so many good thoughts about what lies ahead 4 us and it is my hope that they all come true,” he continues. “As you will soon find out, [I] do not spare words, [I] say what I feel.”

The woman says that she and Tupac would sit after school and talk. She recalls him freestyling and being impressed by his performances of Shakespeare. After he dropped out of school, she only saw him twice and had noticed a change in his demeanor.

“I didn’t know the man who tattooed ‘Thug Life’ on his chest and who was gunned down on a Las Vegas street,” she says. “I never really cared for the music he recorded – it was nothing like those freestyles in front of our school. I knew the kid who loved Prince, and candles and had a broken heart.”

Last month, some of Tupac’s notebooks went up for sale. A letter that the rapper wrote from prison sold for $225,000.