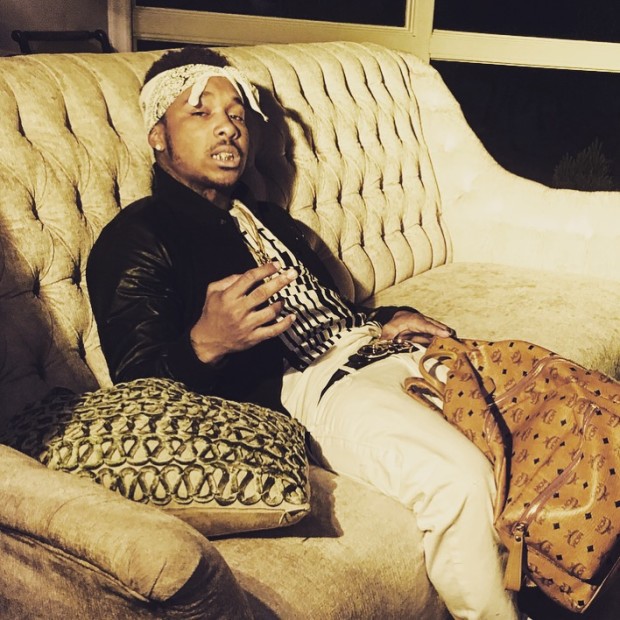 Doe Boy had the world in his hand before his life came to a screeching halt around 2013. A few years back, he had just been introduced to Future who was enjoying his buzzing pre-fame rap status. The Astronaut Kid had promised to put him on once everything got situated. Though Future kept his promise, a life of crime caught up with him before he could enjoy tha big break.

“A year and a half had passed,” Doe said. “I had just got done shooting a video and I walked in the house and my manager called me. He was like someone wants to talk to you. It was Future on the phone. He asked was I ready and reminded me that he didn’t forget about me. He came back for me and shit. A nigga was happy as hell.”

The ink had just officially dried on his deal with Future’s Freebandz and he’d just dropped the Freebandz We Trust which featured guest collaborations with Riff Raff, Soulja Boy, Young Chop, Zaytoven and others.

Doe’s trajectory was heading in the right direction until he caught up in the Cleveland streets. “You know I be in the streets and shit was hectic for real,” he explained. “That’s how I got caught up and ended up going to jail for three years because I didn’t put my lifestyle behind me when I had the opportunity to.”

According to reports, Doe was involved in a robbery alongside another individual. The gun used and stolen items were found on him at his home. For the next several years, he’d watch Future evolve into one of the most cherished artists of the modern era.

“That shit was fucking me up,” he detailed. “I’m watching him on TV and everybody around me like you dumb as fuck. It was fuckin’ me up for real dawg cause I was supposed to be there.” Doe was quick to assure that he maintained in constant contact with Future more than a few times a month on average during his prison stay.

After Freebandz member Lil Donald dropped “Fuck Panda” Memorial Day weekend, Doe joined in on Twitter with threatening tweets to Desiigner as well to show support. Though Future is “too turnt for that nigga” to respond, he’s willing to stand for the man who put him on.

During Doe’s last months in prison, he witnessed the rise of Desiigner and the breakout success of “Panda” which has caused friction between the GOOD Music artists and Future. “I got hip to the joint while I was in jail and I fucked with the song,” explained Doe. “When I came home from jail, I found out that he and bro had a problem. I didn’t know that bro ain’t like the dude.”

Future’s classic “If Young Metro don’t trust you line” has become meme gospel. From the looks of things, Doe takes that seriously with Future as well. “Just the other day, I put my stamp on it like “fuck you,” he said. “Fuck you. Whatever shit bro on, that’s what I’m on. Any problems he got is coming to me too.”

Released from prison this past April, getting back to the music was made difficult due to a judicial order. “My judge and they told me that I didn’t have permission to be in the music industry for 60 days,” Doe explained. “Basically like two weeks ago, I saw my judge and PO who eventually let me record.”

The first track to drop was “Doe Boy Home” which was one of the first songs recorded. “I’ve been in the studio like a muthafucka lately,” said Doe. “It feels good to be able to work again. It’s what I’ve been waiting on.” This happens as Hip Hop also celebrates the release of Gucci Mane’s long prison stay as well.

Though Doe is free to make music, his current legal situation doesn’t allow him to travel as he pleases. Therefore, releasing an actual mixtape or project is on hold for a bit. “When I drop something, I’ll drop right,” said Doe. “If I get permission to travel, then you might have something later on this month or early month. I got a few projects ready to go so I’m ready.”