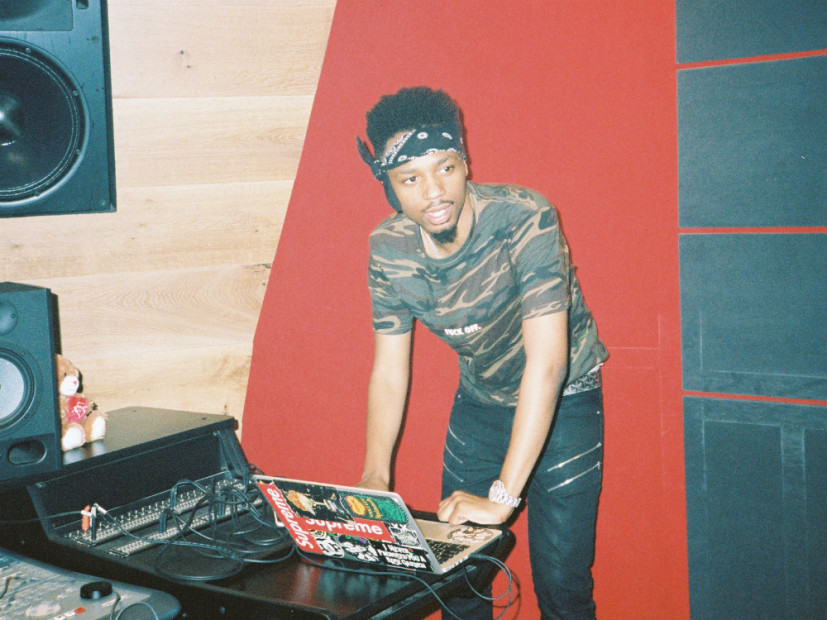 What is young Metro Boomin to do when he trusts two rappers who don’t trust each other? The answer: stays neutral.

In his April/May cover story for The FADER, the 22-year-old producer details exactly this situation when he was caught in the feud between Future and Young Thug.

“It’s some crazy shit,” Metro Boomin says. “You can’t have either one of them feel like you fucking with the other one more than them. Either one of them would be offended. You gotta remain neutral as much as possible. It’s no bias. Atlanta, man—everybody’s a male, there’s a lot of ego. Somebody gotta be number one. Neither one of them are the type to settle for number two. I feel like they both motivate each other, and it’s good for the culture and the music—just as long as it stay at that.”

Both Atlanta rappers went at it over social media in February when Future was preparing the release of EVOL and Thugger was awaiting Slime Season 3. Both have been known for their large output of music, releasing multiple projects per year. In November, Metro Boomin wrote a generic tweet questioning rappers who he says stole Future’s formula for success. Young Thug took offense to it and compared himself to Michael Jackson while likening the older rapper to the superstar’s older yet less popular brother, Tito.

Metro Boomin says that despite the messiness, he really does have a family bond with both rappers.

“Future’s like an older brother to me, and Thug’s more like a brother my age,” he says.

He recalls a time they were all in the studio before Young Thug united with Rich Homie Quan to create Rich Gang. He says Future and Thugger had good vibes and hopes they can recreate the scene.

“I wanna bring that together,” he says. “The songs we were doing, they’re so great. They’re still great. It could be so much better.”

Elsewhere in the interview, Metro Boomin recalls how his mother encouraged his career as a producer from a young age. He got his first big break when OJ Da Juiceman called him to Atlanta to work on a few tracks. His mother agreed and drove him 17-plus hours from St. Louis and back in time for school Monday morning.

“We wasn’t smoking in the studio back then cause his momma was coming in,” OJ says. “We had to have him back at a certain time. It was fun though. We had fun.”

It was the rapper who gave Metro Boomin the second part of his stage name, but it was his mother who instilled in him a sense of purpose from the day of his birth.

“My name is Leland Tyler Wayne,” he says. “My mom wanted to give me a name where, no matter what I wanted to do, I’d be able to do it. An astronaut. President. Whatever. Leland Wayne.”

Read the full story at The FADER.