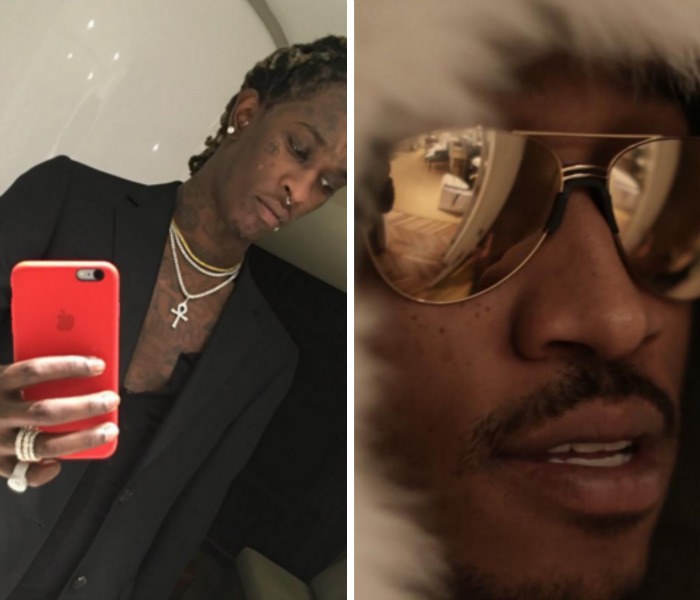 Young Thug is currently prepping the release of his upcoming mixtape, Slime Season 3, so what’s a little Young Thug / Future beef to add to the pot to ensure those download rates shoot to the sky? His target just happened to an artist who could give him the right amount of attention he was fishing for.

It all began when Future riled up his Twitter followers as he too is releasing a new project in Evol–now bumped up from Friday to Thursday–which will be delivered via Apple Music. The tape will mark the leader of the Freebandz world’s fourth release in roughly six months and apparently his Cash Money felt it was too much music without enough quality streamlining.

“Boy slow down dropping all that BS music…,” Thugga wrote with a series of laughing and peace sign emojis. He also spewed slander on his upcoming rollout saying, “Yo family/team wish u was me lil nigga….I hope Apple save u lil niggas….Or church !!!!”

The soft-spoken Future took the bait and fired of a few insults of his own including the zinger, “Yo bitch wish u was me…in real life.”

If all else fizzles and fails, both artists succeeded in raising awareness for their projects this evening (February 3).

Check out the entertaining (indirect) exchange between the two buzzing rappers down below.