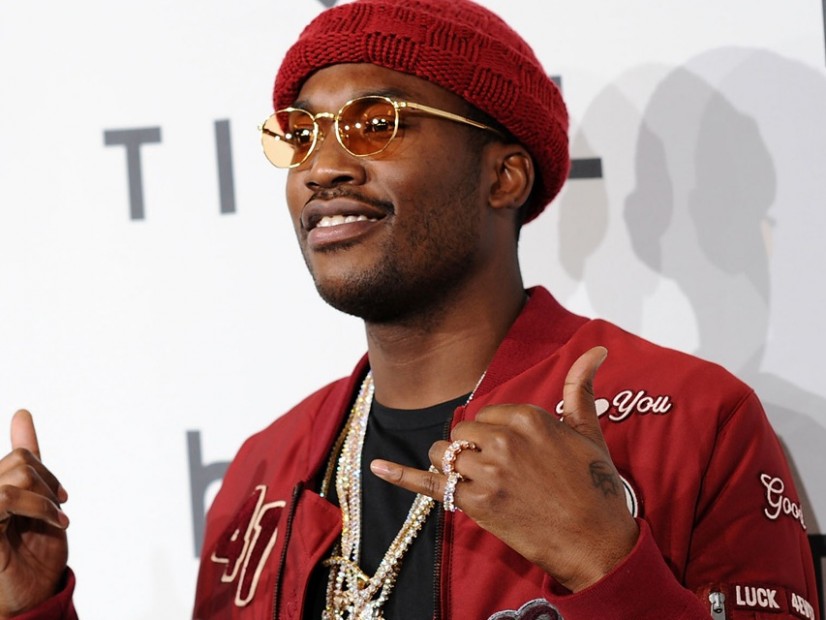 According to Philly rapper AR-AB, Quentin Miller served as an “easy victim,” if he was in fact attacked by Meek Mill’s crew while at a Los Angeles, Nike store. While speaking with Vlad TV, AR-AB also suggested that if the attack did happen, Meek being targeted on social media due to his feud with Drake, could have been the motivation behind the incident.

“At that time, they was killing him on social media,” AR-AB said. “That shit’ll have you angry and your pride hurting. A lot of shit hurt. You wanna lash out on everybody you see. And you see Quentin…Easy victim, I guess…This music shit, it’s so much lies and deceit, cover-ups, and everybody don’t wanna make they self bad in the media’s eye. So, it’s like you never know what to believe, man…I don’t think a mothafucka would lie about getting punched in the mouth.”

AR-AB later revealed that if he were to find himself in a similar predicament as Meek, he likely would have kept his hands to himself.

“At the end of the day, I look at it like Drake is feeding Quentin,” he said. “What they got going on you can’t fuck that up because Meek want him to say some shit…Meek and them, I guess they was kind of frustrated from all the shit that was going on…One of ’em punched him. Would I would have done it? Nah, not really. It’s like the guy homeless, man. He ain’t do nothing to me. He ain’t do nothing to nobody. Homeless, little suburban guy.”

Meek Mill allegedly attacking Miller, an artist he claimed was Drake’s ghostwriter, came after Miller revealed in a letter that he has never served as a ghostwriter for the Canadian musician. Instead, he explained that he’s collaborated with Drake on numerous occasions.

Video of AR-AB speaking on Meek Mill allegedly punching Quentin Miller, can be found below.