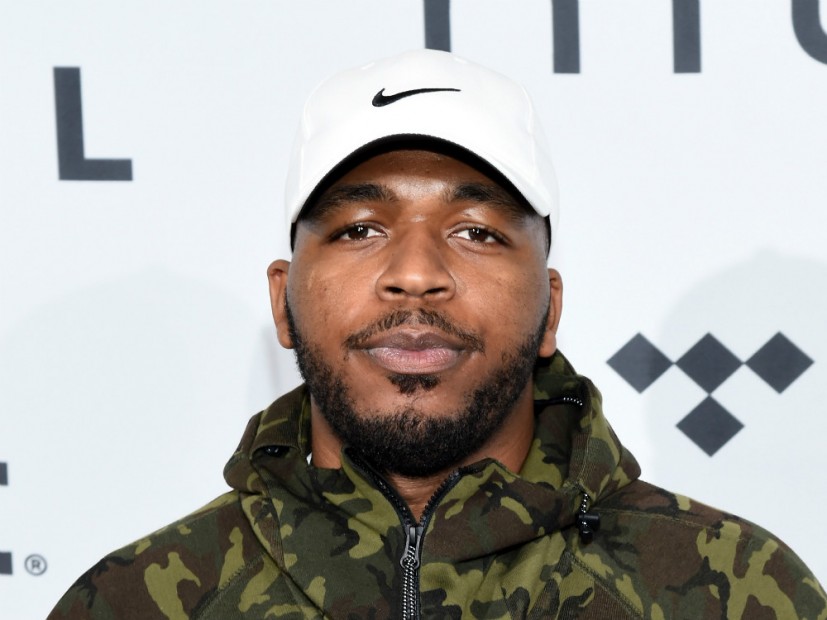 Meek Mill and Drake went back-and-forth last summer in a beef that produced three diss tracks, but compared to the violent rivalries of 50 Cent and Ja Rule or the G-Unit general and The Game, the modern-day feud seemed relatively tame. One man who now claims there was bloodshed during the beef is Quentin Miller, who was called out of relative obscurity last summer when Meek Mill named him as Drake’s alleged ghostwriter.

In a recent interview with VladTV, Vlad shows Miller a video of an interview he did with media personality Taxstone where he hints at a fight between Meek Mill and Drake‘s protege.

The rapper says he was going to NikeTown in Los Angeles when Meek Mill and his Dreamchasers crew confronted him.

“This was really my first time really talking with Meek,” he says. “Basically, he told me he ain’t appreciate the letter that I dropped and it made him seem like he was a liar or whatnot.”

Miller responded to the Philadelphia rapper’s claims that he was Drake’s ghostwriter with an open letter denying the allegations and saying Drake served as a mentor to him.

At NikeTown, Miller says the Dreamchasers wanted him to fight in front of the paparazzi, but he kept walking into the store with his friend.

“They kinda left. Then one of his mans came back with his phone out like, ‘Yo, I need you to go on camera saying you apologize to Meek Mill and everything you said is a lie,'” Miller says. “I was like, ‘Naw, man, I’m not doing that shit.’ Mid-conversation, mid-me saying that, just pow, took off on me.”

Miller says that he shed some blood after being punched, but did not have any broken bones or need stitches. He expresses frustration that the Dreams Worth More than Money rapper would confront him and not Drake. He says that Drake was in Atlanta working with Future at the time of the incident.

“Niggas really shed blood over this rap beef shit,” he says referencing a line from “To Turning 26,” a cut from his Hey! Thanks a Lot 3 project, “and I ain’t even asked to be a part of it. It’s true. I ain’t asked to be a part of that shit and I’m the only one. I’m like, ‘What the fuck are you hitting me for?'”

Looking back on the confrontation, Miller says he has no shame in admitting he got punched. He says he doesn’t understand what Meek Mill and his camp gained from the encounter, but says it doesn’t affect him because he is still able to go shopping and provide for his daughter.

“I’m not a violent person,” he says, calling himself a “suburban kid.” “So I’m not out here to be the toughest nigga. So that’s cool. Punching me is like punching Frank Ocean or punching ILOVEMAKONNEN. What kinda points are you getting off that? If that’s what you wanna do, that’s what you wanna do. I’m one of the most peaceful, nicest motherfuckas that you’ll ever meet. I’m not a street nigga. So like you can have it. You can have the tough title. That doesn’t do anything for me.”

Watch the video of Quentin Miller claiming he was beat up by Meek Mill’s crew during the beef with Drake below: