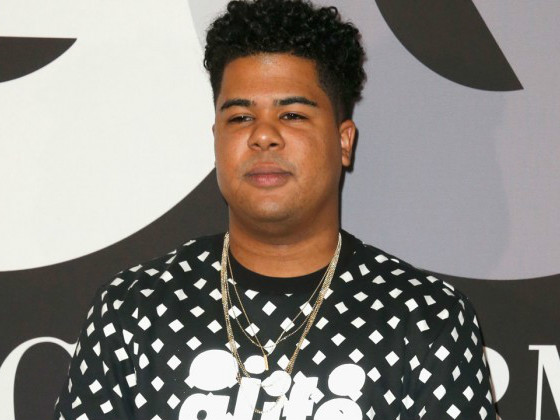 ILOVEMAKONNEN Discusses Drake's "Views From The 6"

ILOVEMAKONNEN released iLoveMakonnen 2 in November and has established himself as one of OVO Sound’s flagship artists. The label, founded by Drake, houses five artists and reports recently circulated that dvsn is the latest signee.

ILOVEMAKONNEN spoke with MONTREALITY about the possibility of an OVO Sound collaborative album with Majid Jordan, PARTYNEXTDOOR and others.

“It’s been talked about,” he says, “but I don’t know. There’s schedules and there’s shit that’s gotta line up, so I’m down. But maybe. Maybe in the fall, in the winter.”

When asked about what the direction of the album would be, the “Tuesday” singer says they would have to find harmony between everyone.

“I have no idea because everybody has so many different styles,” he says, “and it’s just really on tapping into which style people want. You can do the hard songs and the soft songs, but you just wanna give a perfect balance.”

Drake is scheduled to release Views From the 6 in April. His producer and right-hand-man Noah “40” Shebib said that the project is “going to be what everybody expects and wants from Drake.”

ILOVEMAKONNEN says that he has yet to hear the overall sound of the album, which is the follow-up to Nothing Was the Same.

“I don’t even know ’cause I hear so many songs and then they’ll be like, ‘It’s going on there,'” he says. “And then it’s like shit came out four months ago or something, so it’s like, ‘Oh.’ It’s gonna be definitely a good album, though. I’m nervous.”

Drake has featured Majid Jordan and PARTYNEXTDOOR on his LPs, but ILOVEMAKONNEN has yet to make an album appearance next to the OVO Sound founder.

Watch the interview of ILOVEMAKONNEN addressing the possibility of an OVO Sound collaborative album and what he’s heard of Views From the 6 below: