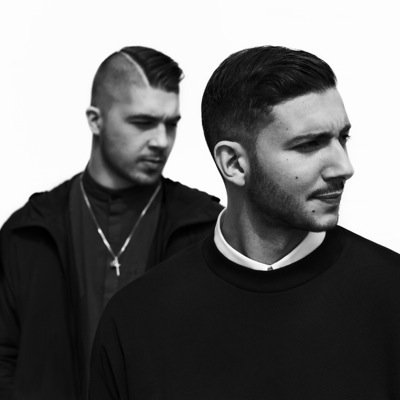 OVO Sound producers and performing duo Majid Jordan stopped by Hot 97‘s Ebro in the Morning on Monday (February 1) to promote the scheduled February 5 release of their self-titled debut album. The two shared the serendipitous story of meeting Drake and how it was nearly a missed opportunity.

Drizzy’s producer Noah “40” Shebib reached out to the group August of 2012 in an email that Majid nearly overlooked after the Toronto-based duo released their first joint project, Afterhours on Soundcloud under the pseudonym Good People.

“40 emailed me and I didn’t know who he was at the time and I ignored the email unintentionally,” Majid says. “You know, in the music industry, you never know who’s reaching out to you. If it’s faceless, it’s hard to believe somebody. So 40 emails me and is like listen, ‘I’m a producer for Drake, you have a great project congratulations, I really like this stuff, I’d like to meet you.'”

Majid shows the e-mail to his dad who vets for 40’s credibility and then encourages his son to fly back to Toronto to meet Drake and 40. Meanwhile Jordan, who is still in Toronto, meets up with 40 on behalf of the R&B soul group and holds a Skype conference with Majid convincing him to come return back to Canada.

Elsewhere in the interview, the duo describes being camped-out in the studio for an extended period of time writing music and narrates the rapidness in which the OVO head’s Nothing Was The Same top ten single,  “Hold On, We’re Going Home” was created.

“We’re making beats for like a month and we eventually get to make ‘Hold On,'” says the 25-year old Majid. “I write the words over a beat that was produced by this guy named Paul Jefferies. He’s really talented and he goes by Nineteen85. He also produced ‘Hotline Bling.’ It was R&B, slow jam-y. Jordan heard the idea, loved the melody and the words and was like okay, I can speed this up and can give it that four-on-the-floor feeling to beef it up a bit. So we did that and we put it on a USB for Drake to listen to on a drive home one night. He drove home, showed up the next day and he tracked it. We love this song and 40’s sitting there with his arms up in the studio and is like ‘We got it! We got the single, we did it!'”

The full Hot 97 interview with Majid Jordan is as follows: