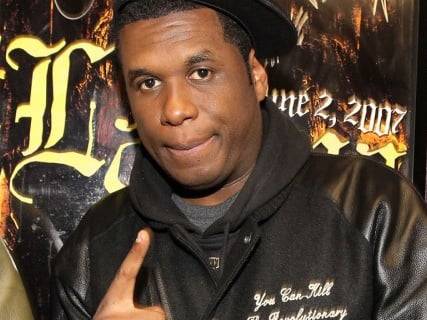 Jay Electronica to begin mini tour at the end of this month.

Although Jay Electronica may lack a full-length, studio album, the New Orleans rapper has just announced that he will soon embark on a five-day tour.

According to HotNewHipHop.com, the Southern wordsmith will make stops in Chicago, San Francisco, Seattle, San Diego, and Sacramento, beginning on March 30th. The Seattle show is listed as a J Dilla tribute.

Jay Electronica has made headlines lately for calling out his fellow Hip Hop comrades via social media. Most recently, Jay Electronica took aim at Kendrick Lamar and 50 Cent in a live Periscope stream.

At one point in the video, which streamed in February, the rapper threatened to “slap 50 Cent’s eyeballs loose out his scalp.”

In regards to new material from Elec, producer Just Blaze revealed in January that at this point there may be no need for the rapper to release his album.

The full dates for Jay Electronica’s tour, can be found below: