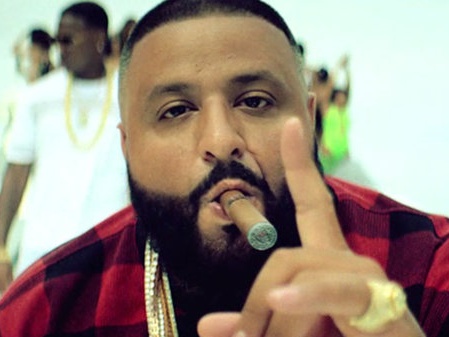 Although DJ Khaled has speedily become the reigning king of Snapchat, the musician is continuing to make moves outside the world of social media. Most recently, Khaled linked up with fellow “mogul” Jay Z for a management deal with Roc Nation.

In regards to the Roc Nation deal, the Miami musician revealed that it was only right to link up with Hov. He also doted on the magnitude of such a pairing, referring to both himself and Jay Z as moguls.

“Well, you know me and Jay been friends for a long time and my relationship built throughout the years…We always said we gonna do something together besides making amazing music together,” DJ Khaled said. “So, it’s only right I called Jigga. I was like ‘Yo Jigga, let’s make history together and let’s take it to the next level. Let’s do big business. Let’s secure the bag together.’ So, I consider this as a partnership. Two moguls. And it’s powerful. When you say ‘Jay Z and DJ Khaled,’ that’s like powerful…He showed me not only is he my manager, he’s putting his hand on my shoulder and saying ‘Let’s win more.'”

As an artist signed to Roc Nation management, DJ Khaled will join the likes of Rihanna, Big Sean, Fabolous, and Kanye West.

In addition to speaking on his management deal, Khaled revealed that he currently has a record he’s waiting to present to Kendrick Lamar.

“With the Kendrick situation, I have a record I want to present to him. And me and him we already talked a few times…And he said ‘Khaled, send it over. I’m ready.’ So, I’m about to send it over,” he said.

Video of DJ Khaled speaking on his management deal with Jay Z and Roc Nation, can be found below.