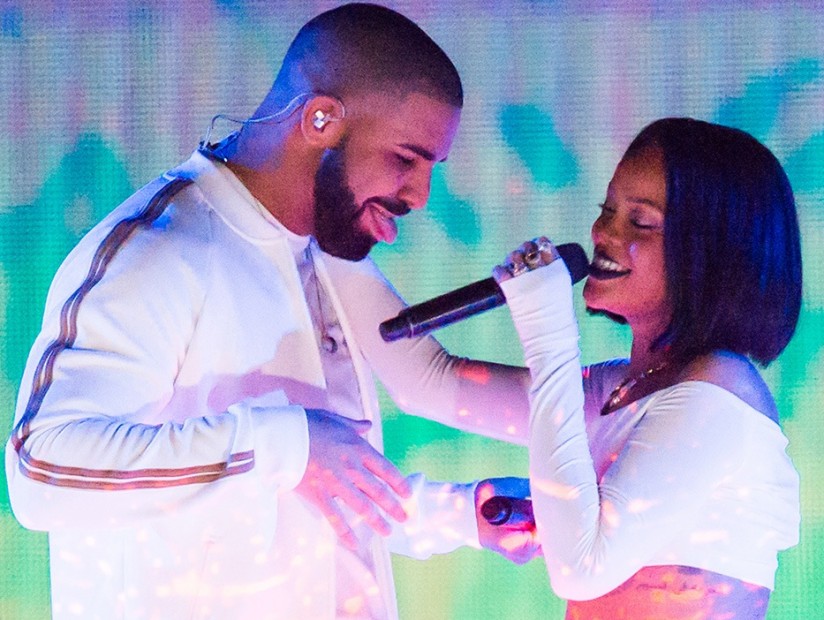 Miami, FL – Drake and Rihanna made a Make-A-Wish Foundation cancer patient named Megan’s wish come true while they were in Florida for Rihanna’s “ANTI World Tour” stop in Miami on Tuesday (March 15).

“BEST DAY OF MY LIFE!,” Megan’s Instagram video of herself and Drake captioned. “I MET THE LOML (Love of my life). He was so sweet & down to earth. Gave me and my family some OVO clothing. BEST DAY EVER. NO LIE. @champagnepapi LOVE YOU!”

This visit further fuels speculation between the two Grammy-nominated artists after news surfaced of Drake signing his name on Rihanna’s FADER cover at this years SXSW FADER Fort.

Social media posts document Drake and Rihanna sharing the moment with Megan at the hospital. Instagram pictures and a Snapchat video show the 6 God hanging out with her as well.

“This is the best snapchat I’ve ever done before,” the Views from the 6 rapper says in the Snapchat video with Megan.

“Work” has spent four weeks at the #1 spot on the Billboard Hot 100 Charts.  The ANTI singer is the only artist with #1 Hot 100 singles from seven consecutive studio albums and the third artist with the most #1 singles, totaling 14, surpassing Michael Jackson’s record of 13.

Drizzy’s forthcoming album Views from the 6 is scheduled to be released April 16.

Social media posts of Drake and Rihanna’s Make-A-Wish Foundation visit with Megan is as follows: