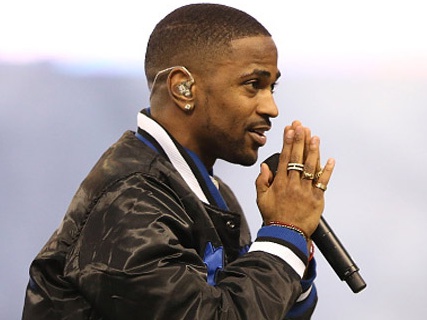 Big Sean Stresses Importance Of Giving Back In CNN Profile

Big Sean says it’s his responsibility to give back, during CNN interview.

Although Detroit rapper Big Sean revealed at the top of the year that he has “new music” in the works, the musician has also been busy with his charitable work. In a recent interview with CNN, Big Sean spoke on his charitable work, which as of late includes opening up a recording studio in his old high school and launching the #HealFlintKids fundraiser.

As an artist who calls Detroit home, Big Sean revealed that it’s his responsibility to give back.

“Detroit is a city where you can come together and have some of the greatest times,” Big Sean said. “And at the same time, it’s a dangerous city. I do carry the responsibility of the city. No matter what. They made me who I am. It’s just so easy to get caught in the wrong things when you’re young. Being a mentor, I see the importance of showing people their inner potential. What’s funny is I used to get in trouble for selling my CDs in the hallway. And you can just imagine what it feels like to be back. I gotta give back. That’s my responsibility.”

In the CNN profile on Big Sean, one student at the rapper’s former high school, Cass Technical High School, expressed his surprise at Big Sean investing in students.

“For someone like Big Sean to come and invest in us, partially it was unexpected. But it’s such a great asset,” Fredrick Boutten, a student at Cass Technical High School student said.

Video of Big Sean speaking to CNN about giving back, can be found below.