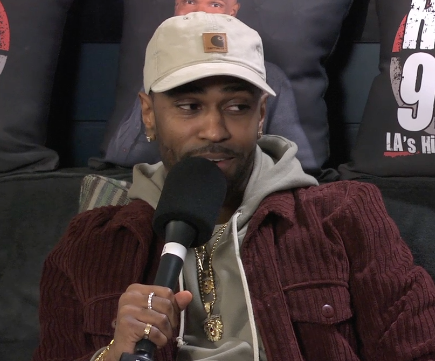 “It’s a lot of new music that’s done, but we’re just getting it right,” Big Sean said of the follow-up to last year’s Dark Sky Paradise. “I can tell you that it’s my best work so far. I feel like on my last album, that’s the most comfortable I’ve been. This one is taking that to another level. The concept is crazy. The song’s are crazy, and I’ve got a surprise, too. I’ve got a real surprise coming up real soon. When I drop it, when it happens, you’re gonna be like, ‘Oh that’s what he was talking about.’”

“What’s going on in Flint is tragic,” Big Sean said. “It’s not a natural disaster, though. It needs to be some blame placed on the people who deserve it. But we’re stepping in and doing what we can. Our goal was to raise $50,000 [and] now we’ve almost raised $100,000.

Big Sean’s interview with Real 92.3, where he previews his upcoming album and calls the LP “my best work so far,” can be viewed below: