Freeway Rick Ross On Nancy Reagan: “She Definitely Was A Trap Queen” 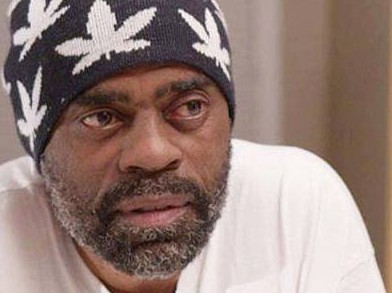 Freeway Rick Ross says that Nancy Reagan “definitely was a trap queen” during an exclusive interview with HipHopDX.

Nancy Reagan, First Lady of the United States from 1981-89, died Sunday (March 6) of congestive heart failure. She was 94.

A petition started on Change.org requests that Fetty Wap perform “Trap Queen” at Nancy Reagan’s funeral, which is scheduled for tomorrow (March 11) at the Reagan Presidential Library in Simi Valley, California.

Freeway Rick Ross ran a cocaine-fueled business that, according to an Esquire magazine article published in October 2013, made a $300 million profit in the 1980s. Adjusted for inflation, the figure would be an estimated $850 million profit today.

The Californian says that Fetty Wap’s “Trap Queen,” which features the rapper recalling how he instructed his lady to cook up drugs, should be played at Reagan’s funeral.

“Ronald was one of the biggest conspirators in the country ever,” Freeway Rick Ross says of Nancy Reagan’s husband, President Ronald Reagan, during an exclusive interview with HipHopDX. “So, she definitely was a trap queen because she held him down, from what I can understand. Any time he was put on the spot, she took care of him.”

While Ronald Reagan was President of the United States, his administration financially supported the Nicaraguan Contras as part of the Iran-Contra affair, which reportedly took place from 1985-87. At least a portion of the money delivered to the Nicaraguans was used to purchase drugs, which the CIA was aware of. At least some of those drugs ended up in the United States.

At the same time, Nancy Reagan was promoting her “Just Say No” to drugs campaign.

“After I found out what happened, I had a saying,” Rick Ross says of the Iran-Contra affair. “It was, ‘Nancy Reagan said, “Say no to drugs” and Ronald Reagan said, “Act like you don’t know.”’”

Freeway Rick Ross, who is preparing for the release of a marijuana-themed shirt he said ties well into the “Trap Queen” topic, believes that Nancy Reagan’s drug legacy lives on today.

“She was a trap queen,” he says. “When you look at the big picture, a lot of people only want to blame the guys on the street. They don’t want to blame the real kingpins, the people who never saw the drugs, never touched the drugs, but who gave the OK to push ‘em through. They never blame those guys. They only blame the guys that are standing out on the street corner who are easiest to arrest and the easiest to prosecute. The guys that are hard to prosecute and hard to arrest, they continuously get away with the biggest crimes of all.”

For additional coverage of Freeway Rick Ross, who says that Nancy Reagan “definitely was a trap queen,” watch the following DX Daily: