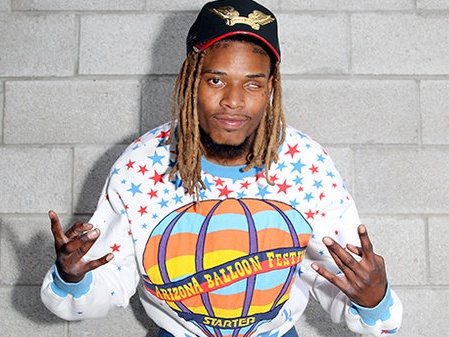 Following the death of former First Lady, Nancy Reagan over the weekend, a petition titled “Have Fetty Wap Perform ‘Trap Queen’ At Nancy Reagan’s Funeral” has made its way onto the popular campaign site, Change.org.

Created by writer David D., the petition is quickly closing in on its goal of 5,000 supporters as of today (March 8).

In the cleverly-worded petition, which was trending at one point on social media, David D. referred to the wife of Ronald Reagan as “the most famous Trap Queen in American history.”

“But beyond being the First Lady, Nancy Reagan holds the important legacy as being the most famous Trap Queen in American history,” David D. wrote. “While her husband, Ronald Reagan, was linking up with Papi to flood the streets with narcotics, Nancy was on TV telling kids to ‘Say No To Drugs.’ Her infamous ‘anti-drug’ phrase encouraged strict laws on drug possession that led to a school-to-prison pipeline we’re still dealing with now. Blacks and Latinos went to jail in droves for possessing drugs her husband gave them.”

The petition concludes with the hope that Fetty Wap’s “Trap Queen” will assist in ushering Nancy Reagan to that trap house in the sky “where she’s probably cooking pies with her baby.”

Fetty Wap has yet to issue a response to the increasing requests that he perform “Trap Queen” at Nancy Reagan’s funeral.