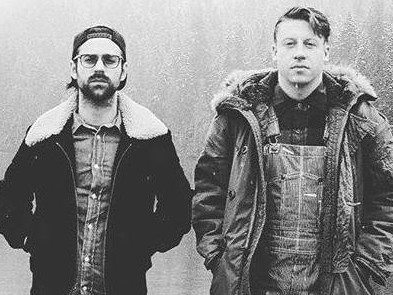 “He’s a White person who raps,” Macklemore says during an interview with Billboard. “I think regardless of where you come from or how amazing you are, you’re still a White person appropriating a Black art form.”

Although he intended that line to mean that he was part of that group of White artists, listeners may not taken it that way.

Iggy Azalea took offense to the comment, but Macklemore says he hasn’t talked to her since she tweeted that, “he shouldnt have spent the last 3 yrs having friendly convos and taking pictures together at events etc if those were his feelings.”

Macklemore also says that he handled his interaction with Kendrick Lamar poorly when his The Heist album with Lewis won the Best Rap album Grammy over the Compton, California rapper’s good kid, m.A.A.d city two years ago. Macklemore texted Lamar to say that he’d gotten robbed out of the award. Macklemore then posted a screenshot of his text on Instagram.

“When you mess up publicly, it can be difficult to get vulnerable again or to put yourself out there,” Macklemore says in the Billboard interview. “You’re like, ‘Whatever I say in the media, they’re going to take it [a certain] way” — it becomes about another artist, and the intention is never received in the way it was intended.”