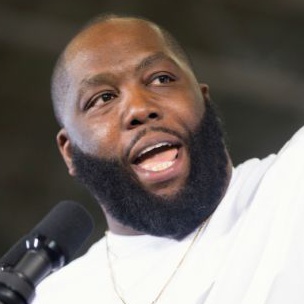 In a CNN story written by both Killer Mike and Erik Nielson, an assistant professor at the University of Richmond, the two addressed Bell v. Itawamba County School Board.

The case, which has fallen before the Supreme Court, stemmed from a rap song Taylor Bell, a former student at Itawamba Agricultural High School, released in 2010. Bell created the song after several female students informed him of two coaches who “were allegedly engaging in highly inappropriate sexual behavior.”

The aspiring rapper released his song, which mentioned the two coaches by name, in the hopes that it would shed light on the female students’ allegations.

Instead of looking into the claims against the two coaches, the school suspended Bell due to what it found to be threats in the song.

“Bell wasn’t being punished for making threats against school employees, even if that was the school’s justification. Instead, he was being punished for using the wrong art form, rap music, as his voice of protest,” Killer Mike and Erik Nielson’s story reads.

Killer Mike and Nielson later touched on the first amendment and how it relates to Bell’s story and rap music in general. They took note of the double standard that exists between rap and other forms of entertainment, when it concerns freedom of speech.

“Throughout those careers, none of their fans ever believed that Ice Cube would kill former Los Angeles Police Chief Daryl Gates, that Eminem would kill his wife, Kim, or that Nas and Jay Z would kill each other — all claims the rappers made in their songs,” the CNN story reads. “Likewise, we don’t assume that Quentin Tarantino, Stephen King or Johnny Cash carry out the (sometimes extreme) violence depicted in their art — because we acknowledge it as art.

“But as we have noted before, rap is often denied that respect, particularly in the criminal justice system, where amateur rappers, almost always young men of color who lack the name recognition (and bank accounts) of their professional counterparts, are routinely prosecuted for their music, either because people believe that rap should be read literally or because they just don’t like it.”