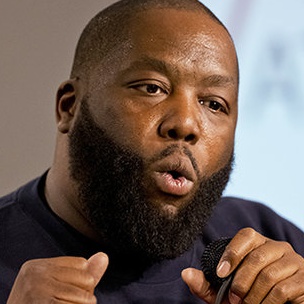 “Alice Johnson was a white woman and my mentor, from Chicago,” he added. “She was the first person to introduce me to the radically different ideas of King that directly challenged establishment. They challenged the military-industrial complex. They challenged this country to feed and take care of its poor and mentally ill in a different way…And I had never heard of that. I just heard in school ‘Be nonviolent.’ It was all about desegregation. It absolutely was not only about desegregation.”

Later in the panel, Killer Mike shared his belief that Bernie Sanders is currently fighting for the same issues Dr. King was killed over.

“He was killed for many of the same reasons this man [Bernie Sanders] is campaigning for,” the rapper said. “He was killed because he spoke against the military-industrial complex.”

Video of Killer Mike speaking on the panel on Dr. Martin Luther King Jr., can be found below.