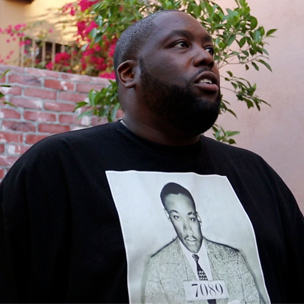 The descriptive account is a portrait of the civil rights leader through Mike’s perspective.

Both Dr. King and Mike are Atlanta natives, but the rapper never encountered the pastor. Mike was born seven years after Dr. King died in 1968. Still, his significance is clearly detailed throughout the thought-provoking article.

Within the piece, Mike labels MLK, Jr. a “revolutionary,” gone before his eighty sixth birthday. He asserts that Martin was “more than a speech-giving, marching, de-segregationist.”

“Martin was a young father who at the threat of death dared to push forward on behalf of all humanity against the global reign of America and her allies’ evil, perpetrated through war,” he writes.  “He was a man of conscience who valued the life of all humans.”

After carefully describing MLK ,Jr., Mike poses the question “What do we do next?” on the celebration that would have marked Dr. King’s eighty-sixth birthday.

He challenges readers to be “more than an American that simply enjoys the fruits of his labor by taking a day off.”