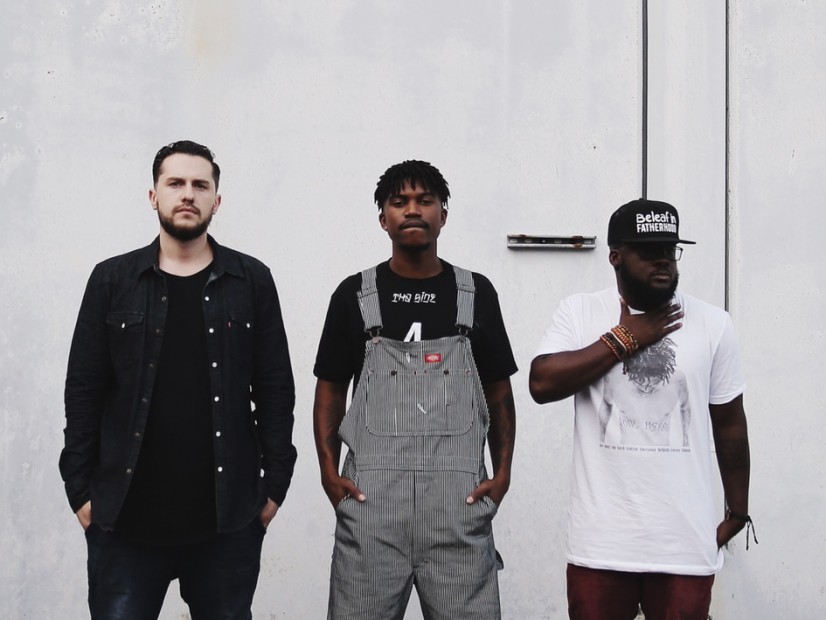 This comes after Good Religion‘s March 4 commercial release. Dream Junkies is made up of Ruslan, John Givez and Beleaf. The 12-track project includes “I Got the Juice” and “Left Coast” featuring Murs.

“As a collection The Dream Junkies’ work aims to provide the soundtrack for people to live out the dreams set out by God….” the review says. “The lyrics don’t come across as too preachy and the lack of cursing for the most part is refreshing.”

The Dream Junkies are embarking on a nationwide tour starting Thursday (March 31).

Dream Junkies have announced the release date, cover art and tracklist for the Good Religion album.

The project from the group consisting of Ruslan, John Givez and Beleaf is slated for a March 4 release. There are reportedly 12 songs on Good Religion, including the single “Take Me Back.” Murs is featured on “Left Coast.” The song “I Got the Juice” is available to stream exclusively through HipHopDX below.

The Oceanside, California rappers each released a solo project last year. Ruslan dropped Do For One, John Givez released Soul Rebel and Beleaf had his Red Pills + Black Sugar LP, as well as the “Beleaf In Fatherhood” video series.

Stream “I Got the Juice” exclusively through HipHopDX below:

The Dream Junkies Good Religion cover art and tracklist are below:

(This article was first published January 14, 2016 and is as follows.)

The group is comprised of Ruslan, John Givez and Beleaf. In the video, all three rappers are shown hiking a trail as the “Intro” of the Dream Junkies’ debut album plays.

“What if it has nothing to do about where we come from, but where we’re going?” Beleaf says. “What if everything we ever did was forgotten? What would you do next? What if your life was dependent on the people around you? How long would you last? Would they have your back? Or would you crash? Would you pass on to the next level wondering who you’d ask? Would you leave behind a mask? Or would you have the last laugh and your last gasp be a celebration of your past acts?”

The Good Religion album is available for pre-order at the Kings Dream Entertainment website. Upon purchase, customers receive a download of the “Take Me Back” maxi-single, which is made up of five tracks.

“The Dream Junkies exist to empower people to be addicted to their God-given dreams,” Ruslan says in an exclusive statement to HipHopDX. “Through the medium of music, visuals and live events they plan to encourage and influence a generation to pursue their purpose without fear.”

Ruslan released Do For One in April with a guest appearance from Curtiss King. John Givez released his Soul Rebel album in August. Beleaf spent the latter part of 2015 releasing his “Beleaf in Fatherhood” video series.

Watch the video of Dream Junkies announcing the Good Religion album below: