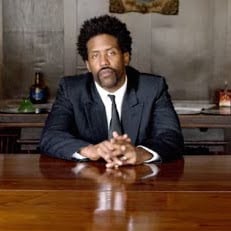 Prior to releasing his Strange Music debut, MURS sat down with HotNewHipHop to discuss his Have A Nice Life album, among other topics.

MURS mentions during the interview that his adoration for Tech N9ne played a large role in choosing to sign to Strange Music.

“I needed a machine behind me and I thought Strange was the best fit for me,” MURS says. “There’s honest men and women there. I wanted to do it with a team I believed in.”

His situation at Warner Bros. and DD172/BLUROC had soured and Strange allowed him to create the type of music he wanted.

“Being with Strange really hasn’t affected me on a creative level,” he says.

In regards to Have A Nice Life, the Los Angeles emcee says “it’s a new sound” for him.

“I’m definitely going for… coming at the mainstream full on, making them respect Strange Music,” he says. “We’re being seen and being heard and we’re representing for all those unique individuals that may not have had a place in Hip Hop.

“The duality of the term ‘have a nice life’ is it can be a nice way of wishing someone the best or it could be a nice way of saying, ‘Fuck outta my face’ without saying it,” he continues. “It’s something I use with the police very often and people who fuck up my order at Chic-fil-A.”